When I meet someone on the street or when I’m at Haruki, I say Ohayou Gozaimasu (Good Morning) or Konnichiwa (Hello) and usually the person says the same back to me.  Sometimes people say more and I don’t know what they are saying.  One day an elderly woman said what I thought was Sequoia desu ne.  When I got home I told Ted what I thought she said.  He thought she was probably saying Sugoi not Sequoia and was talking about the snow.  That made sense and I should have recognized what she said because I know the word sugoi and everyone always talks about the snow.


At the university, students frequently greet me in English. I respond in English even if I don’t always know what they have said to me or if I have to try to figure out why they have said it to me.  Hello usually sounds like Hair-ro. The “L” sound isn’t easy for Japanese speakers.  My first name becomes Pamera. The other day I asked a student “How are you?” and he said “I have a cold, that’s a condition.”  It sounded odd, but I think he was trying to tell me he was ill as opposed to feeling cold.


Last week, the wife of one of Ted’s co-workers gave me a ride to Japanese class, even though she wasn't going to my class. My teacher gave me and another person a ride home. (Everyone continues to be very helpful).  Next week I will be walking to class.  Yesterday, I walked to the building where it is held, so I knew I could find it and so I could time how long it would take me to walk next week. Here are a few pictures from my walk. 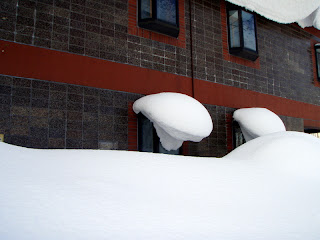 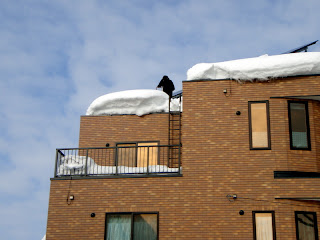 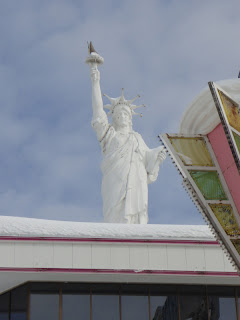 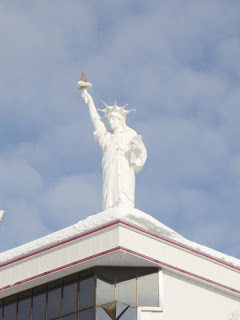 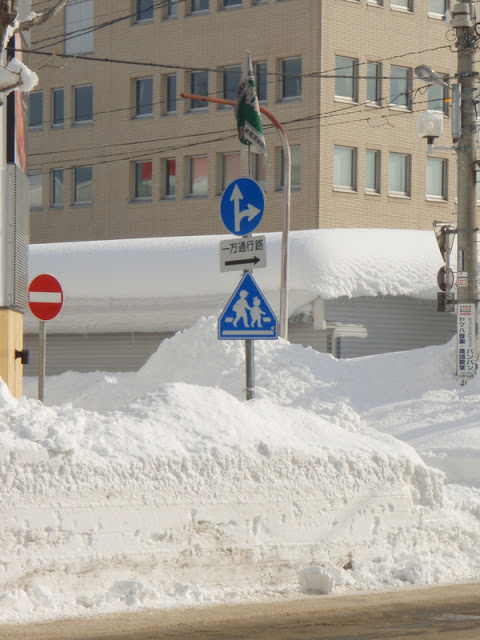 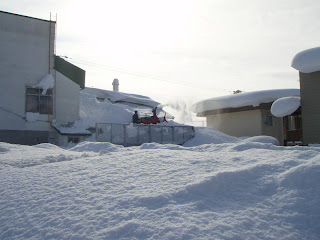 Stitching update
I received this beautiful Japanese stitching kit as a birthday gift from my friends Kazu and Yoh.  The directions are in Japanese, but I think I can figure out what to do.  I haven’t started it yet, because I don’t have an iron and I need that for the first step.  I hope to go to the second hand store and look for an iron again this week. 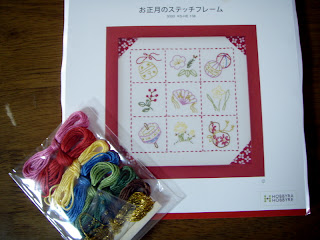 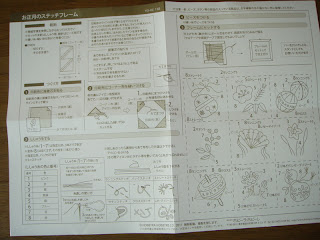 I have been working on the DragonMaster.  I did a lot of couching to finish the sleeves and outline the robes.  I have also been working on the hair and the beard. I have a lot more to do, then work on the mustache on top of the beard once it is finished. Random stitches are harder than they look. 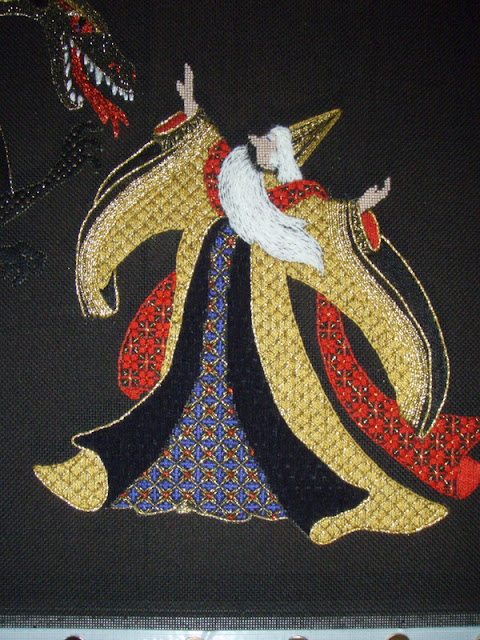 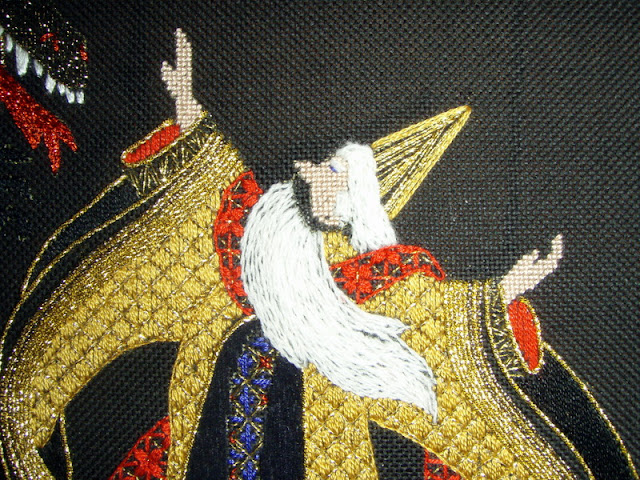 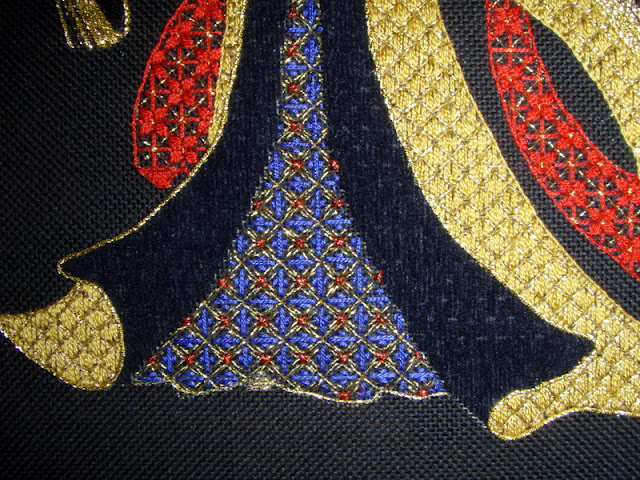