Another of the Outdoor Activities (classes where the third year students teach the first year students – see the Ice Candles post on 12/20) was making snow ice cream.  The class began in the first year room with the instructors giving instructions on mixing the milk and sugar cubes (and maybe something else, I couldn’t understand the instructions – they were in Japanese) in large zip lock bags. 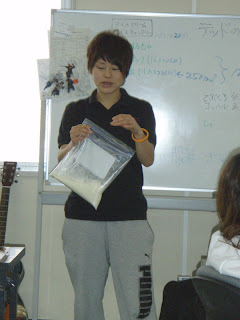 Some sugar cubes did not make it to the zip lock bags. 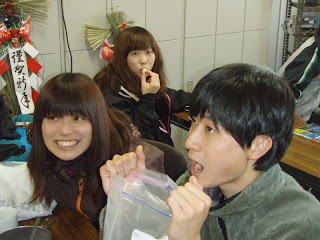 The bags were zipped and taped securely shut. 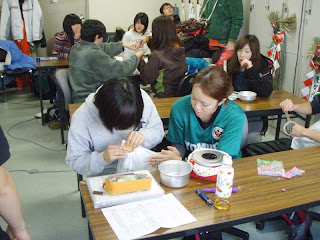 Everyone went outside for the next phase and this is what I think happened. The first part was like a science experiment. Snow was put in big coffee cans and the temperature of the snow taken. Salt was added and the temperature taken again.  The taped zip lock bags were put in the cans with the snow/salt mixture. The next part was the recreation part. The students played a football kind of game, with the cans of ice cream mixture as the ball. They changed off cans from time to time. 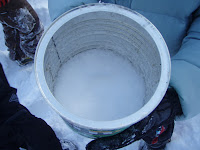 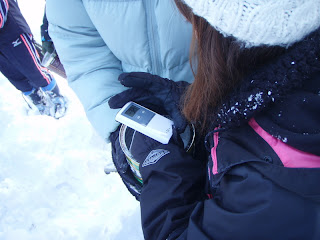 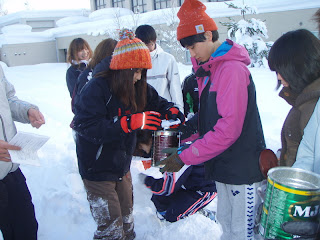 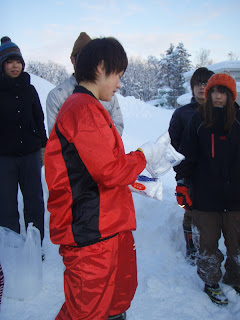 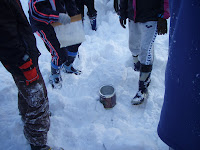 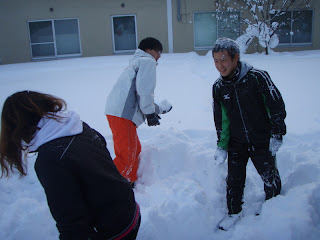 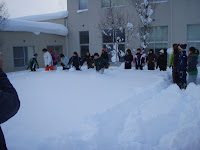 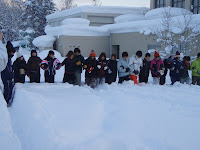 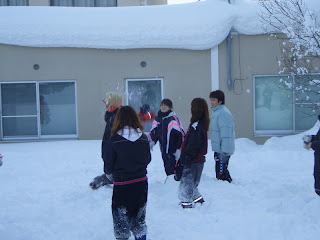 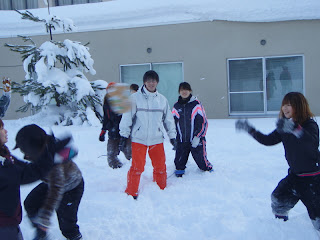 At the end, the cans were opened and there was ice cream inside the bags.  I didn’t eat any, but Ted said it was good.

Trash or treasure?
When taking out the non-burnable trash today, I found this Japanese sized ironing board!  I’ll need to make a new cover for it (and get an iron) and it will be perfect for my projects! 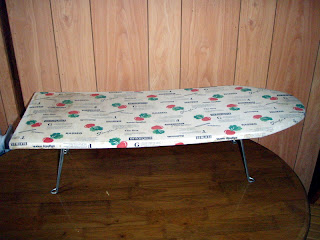 Blackwork
I think I will work on this blackwork piece for awhile.  It is a Carolyn Standing Webb class from the EGA National Seminar in Louisville, called Ojimi. 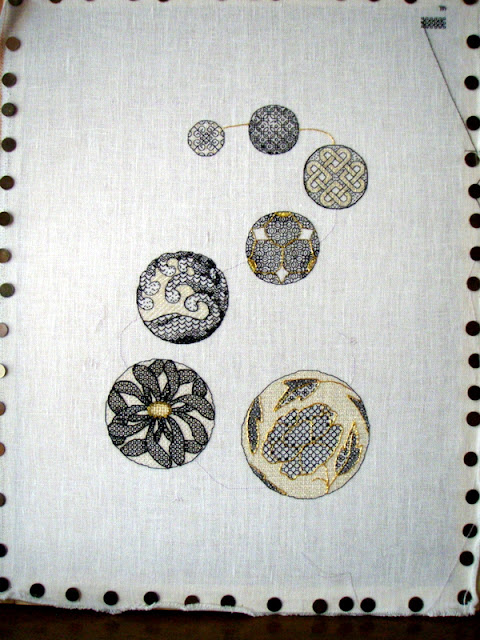