The International Exchange Society’s annual mushroom party and potluck was held last Sunday.  Normally it would be held in the forest, but because a bear was seen last month, the forest is closed, so the party was held in the visitor center. 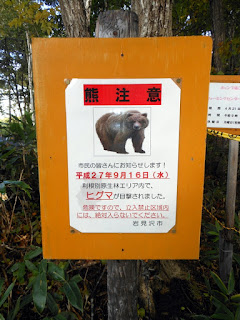 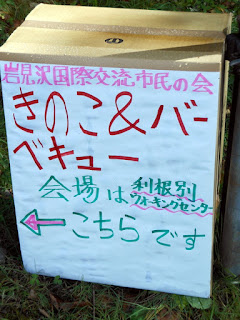 Besides the Japanese members of the IIES, there were foreigners from the United States, Canada, New Zealand, and South Africa at the party. 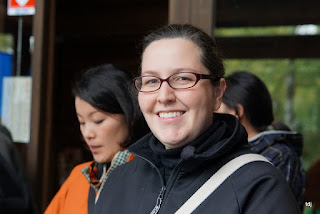 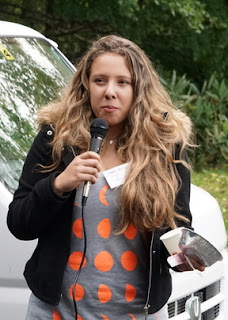 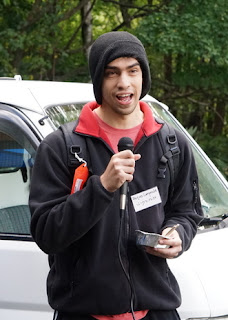 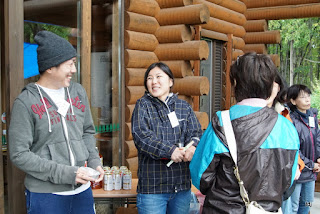 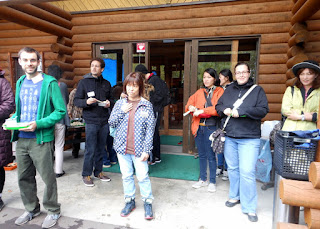 After an introduction and welcome, the eating began.  The mushroom professor picked many kinds of mushrooms and assured us they were all safe to eat. We had mushroom tempura and mushroom miso soup. 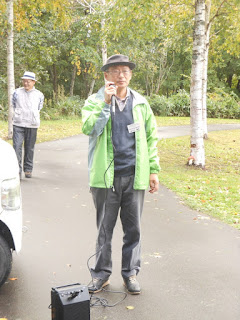 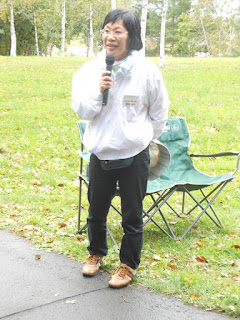 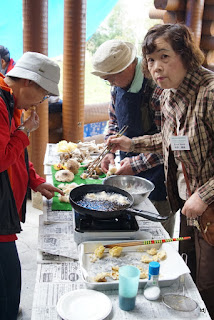 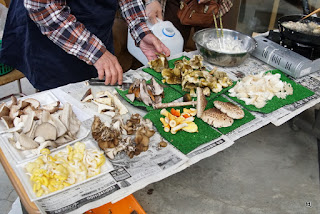 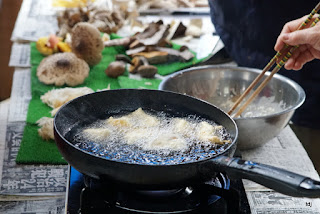 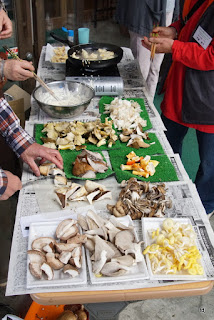 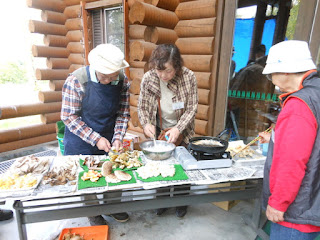 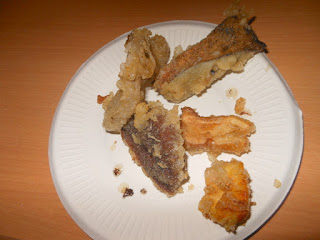 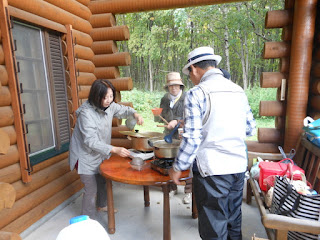 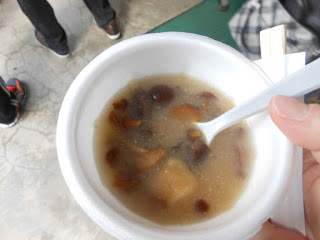 A meat barbeque was also cooked up with many kinds of meat, udon, corn on the cob, kabocha, and maybe some other things. 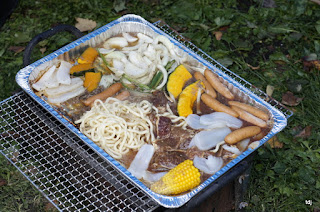 Unfortunately I forgot to take pictures of the potluck food items before the eating started.  We brought a fruit salad.  Zucchini bread, scalloped potatoes, raw veggies and dip, onigiri, Champon rice with chicken and ginger, and sponge cake were among the pot luck items. 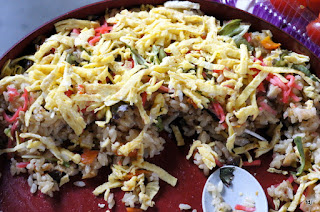 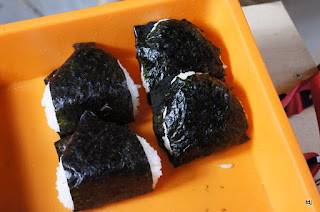 It was great to get together with old friends and make some new ones. (If you are interested, I wrote about past mushroom parties here and here). 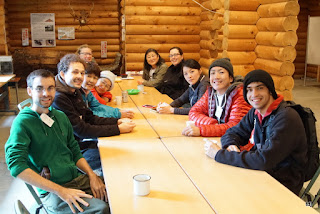 Email ThisBlogThis!Share to TwitterShare to FacebookShare to Pinterest
Labels: IIES

There you go having fun again! I love all your adventures, I think I need to do that around here.
Mushrooms are great food. Chanterelles are my favorite wild mushroom.

Hokkaido has a great food culture! A famous chef once said: 'In Hokkaido there is no job for me - the ingredients are so good you don't need to 'tamper' with them!'

A MUSHROOM Party!! Really!! My mouth is watering from here. What a great reason to gather a group. I love to read your posts. You certainly have an interesting life!!
xx, Carol