Earthquakes are pretty common in Japan. Here are some recent screen shots of earthquakes in my area from the Japan Meteorological Agency website. The earthquakes are stronger in other areas closer to the epicenter (the red X), but I notice the smaller quakes here where I live. When I ask my students if they felt the earthquake of the day before or of this week, it is no big deal to them.  I guess living their whole lives with earthquakes, these small ones don't even register to them. You never know when a really big one will come, though. 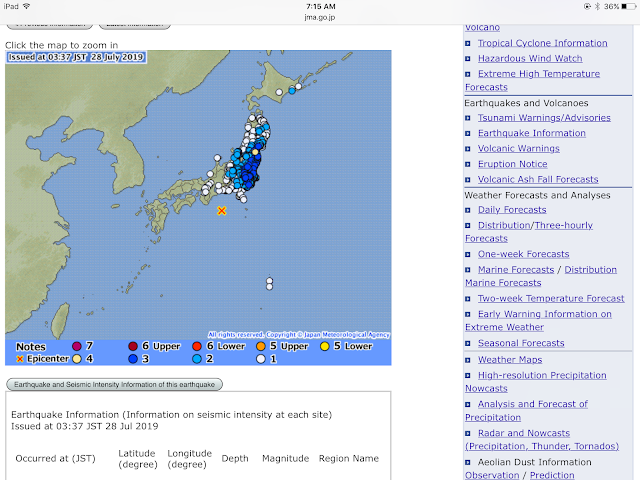 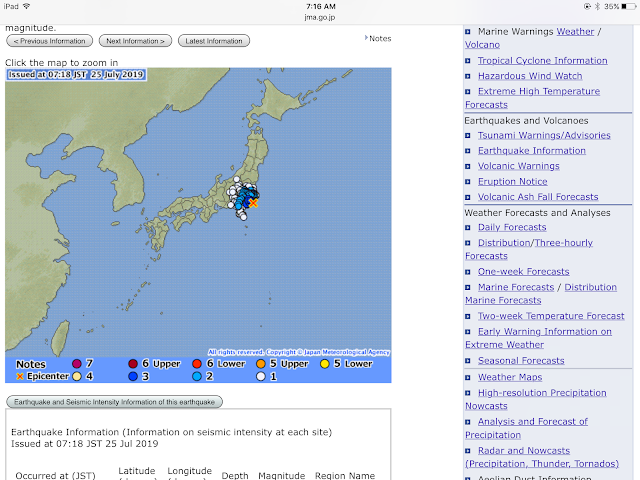 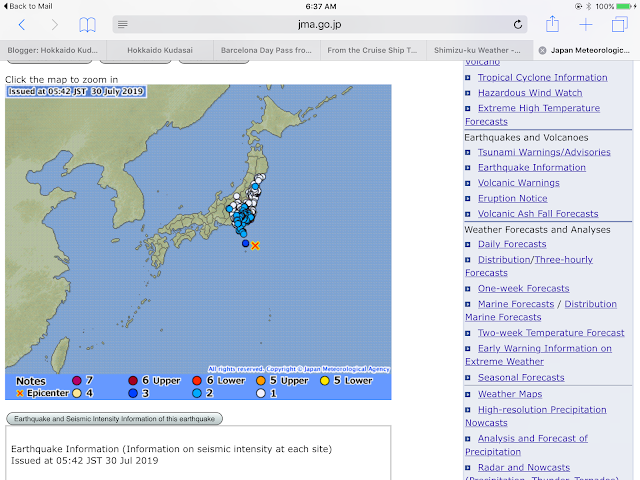 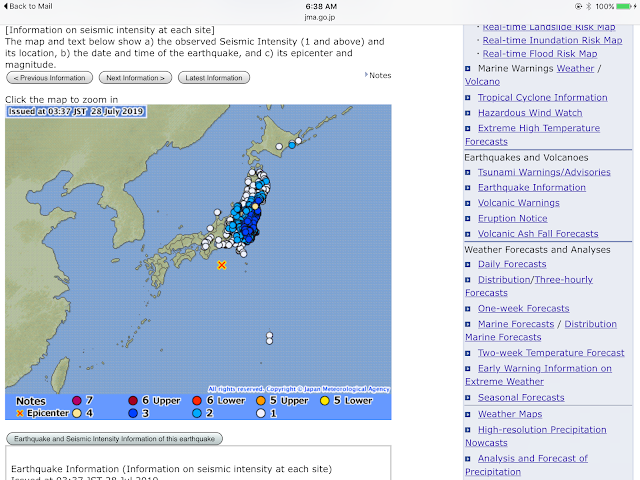 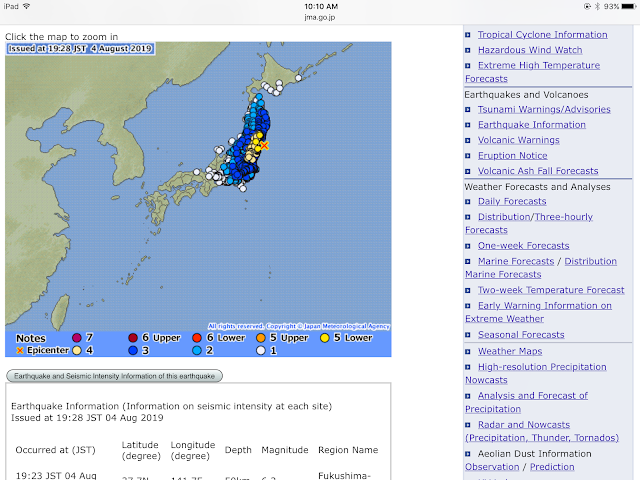 JMA is a great website for earthquakes, typhoons, volcanic eruptions, all kinds of interesting things.  Do you have earthquakes where you live?

Gosh, Pamela! That’s really scary!
We only have very mild tremors in England, but the increase of fracking in the country might well change that.
Barbara x

We have the occasional small tremor. I've had things fall over or off shelves, which is a bit freaky, but the largest one we've had happened when I was on a tram and so I didn't feel it at all, or even know it had happened until later.

Hi Pamela ,while we were on holidays in Darwin we had a earthquake and it was really scary,our caravan was shaking so hard i thought it was our friends playing a joke and picked the van up from the front and shaking us,lol
Then i got out of the caravan and stood on the ground in the annex and i could feel the ground shaking it was very scary.
Hope you dont get any big ones where you are Pamela,stay safe my friend xx

I've only ever felt a small tremor here in the UK and that was scarey enough although one of the children slept right through it.

I grew up with earthquakes in California, and have been through one of the Big ones. The 3s may barely register and many people do not notice those below 3. The bigger ones can be scary, but it’s just the living Earth at work.

Living in Northern Indiana, we don't really have quakes. I think we might have felt two tremors over the years from quakes in Southern Indiana. No big deal. My grandson moved to LA and the recent quakes in that area don't scare him, but he said it makes him have a thought in the back of his mind that if a big one hits he might not be with his family. He currently lived on the 13th floor of a high rise so I guess that WOULD make you think, even if you aren't really scared.

Hope you never see a big one.
xx, Carol

We've had some small earthquakes where I live, but so far I've slept through all of them. I kind of want to experience one, but don't want the destruction it could bring elsewhere.

We felt one earthquake here in Michigan, maybe 15 or more years ago. But basically, none. I think they'd freak me out a little!