Yesterday it was snowing first thing in the morning (as it is today and most days), so we thought we’d go to the gym, then cross country ski later.

When we were ready to leave the gym, the sun was shining!  We changed our plans and decided to go to Sapporo for the day.  Sapporo is the capital of Hokkaido and is well known for hosting the 1972 Olympics, for the Snow Festival, and for the Sapporo brewery.  It is the fourth largest city in Japan and is about 37 km from Iwamizawa.


We walked to the train station.  The sidewalks that were plowed were like tunnels, so high we couldn’t see the road next to the walkway.  Since we plan to go to Sapporo again, we bought the discount book of 11 tickets for 8100 yen. It seems strange to me that there are 11 tickets and not an even number because you have to go there and back (two tickets each time), but that’s the way it is.


There was very little snow in Sapporo, but a lot of ice.  We are told that snow is trucked from Iwamaza for the Snow Festival in Sapporo.  The snow in Iwamiza needs to go somewhere.
﻿﻿
Our first photo opportunity was the historic wooden Clock Tower, built in 1878 and regarded as both a historical and cultural symbol of Sapporo. 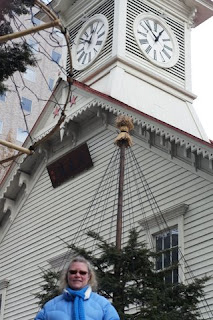 In Odori Park, we happened on an International Christmas Festival, with lots of food and Christmas decorations from different countries. 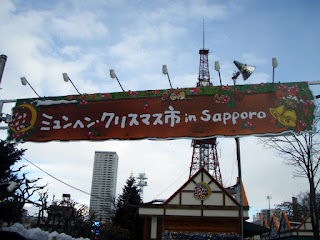 It was very cold out so we bought some hot apple wine from the Germany booth.
The food booths didn’t use disposable items.  You pay an extra 100 yen deposit, then get it back when you return the item.  What a good idea - no trash! 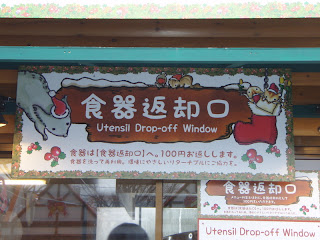 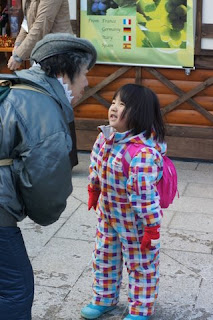 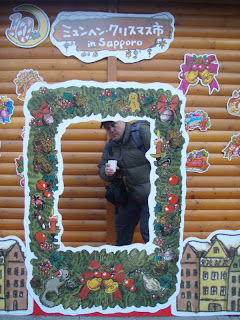 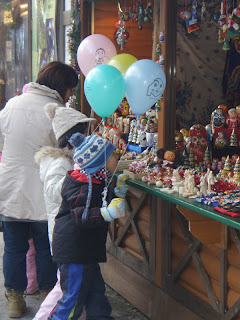 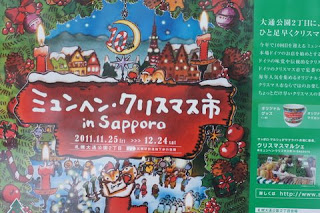 The Sapporo TV Tower, at one end of Odori Park, is another point of interest. 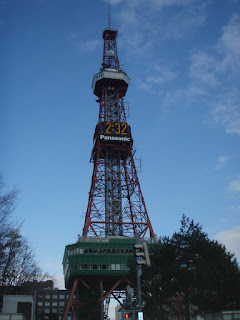 The Sapporo Brewery and Museum was next. 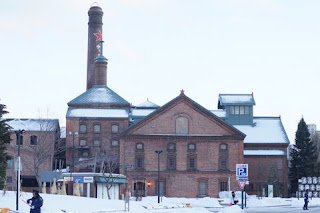 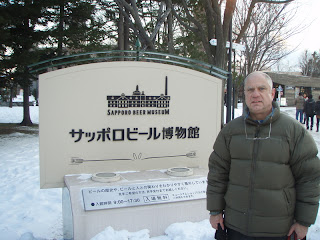 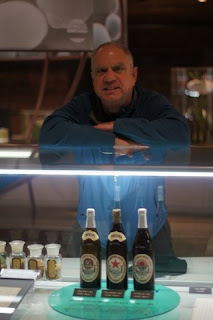 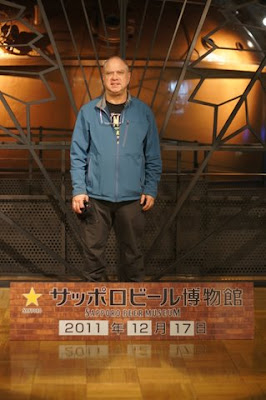 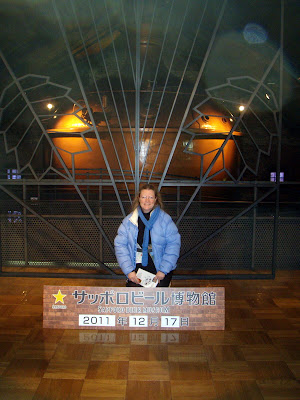 It was all in Japanese, but we were able to follow along, ending up in the tasting room.  Ted’s favorite was the black label. 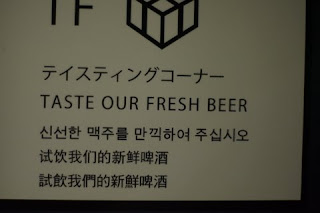 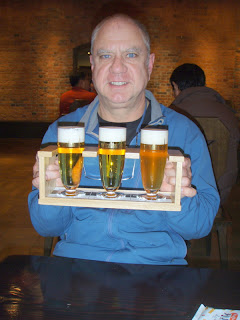 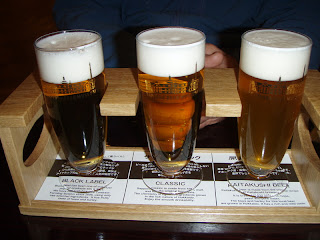 It was dark when we left the Brewery.  We walked back to the train station and went home to Iwamizawa after our big adventure in Sapporo. 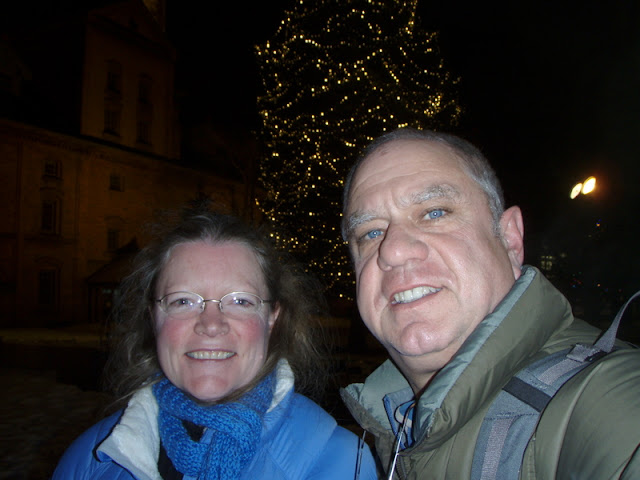 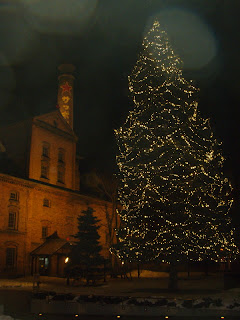