Today is election day where I live.  This is the city council election. Whenever there is an election, boards with photos of the candidates are put up everywhere. You can't miss seeing them because they really are everywhere. 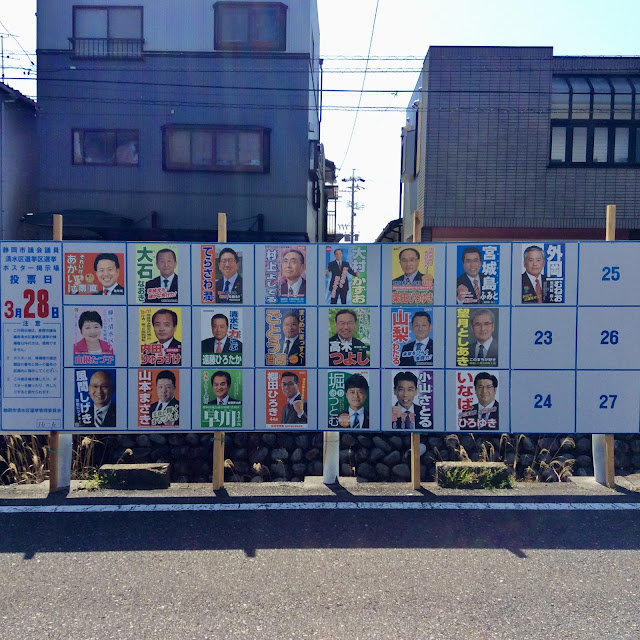 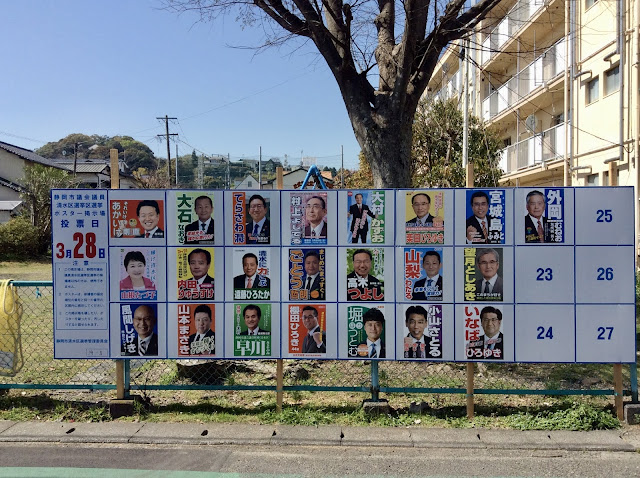 I don't know anything about the political parties or the candidates, but it is interesting to look at the pictures.

There is only one woman, which seems strange to me, especially for a local election. 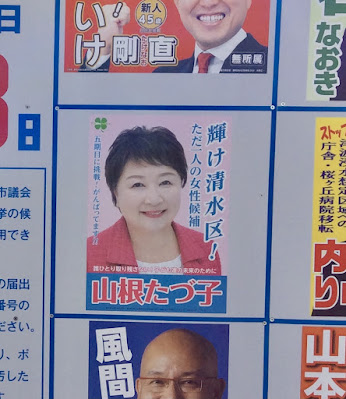 Some of the candidates put their ages on their photo. 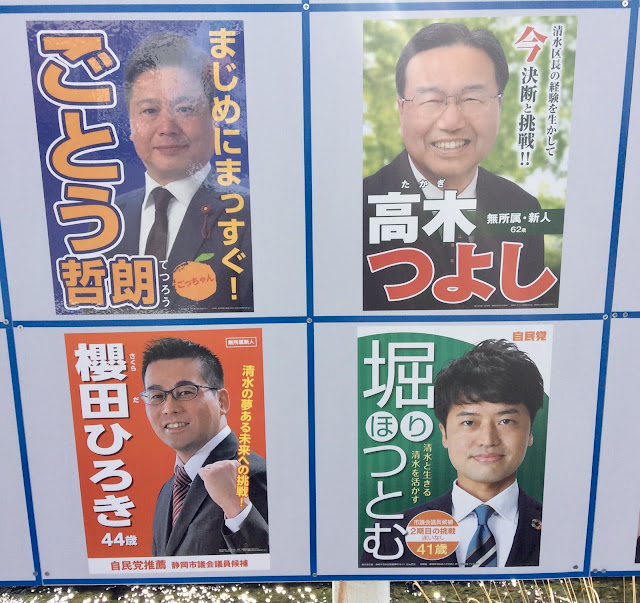 They seem to like putting their hands up in a fist.  Does that mean they will fight to get what they want? 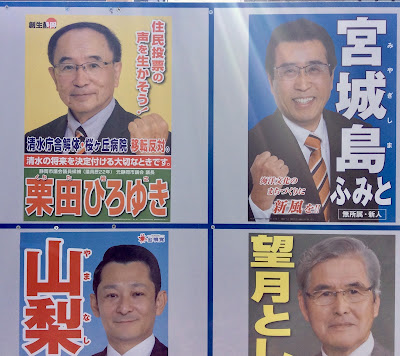 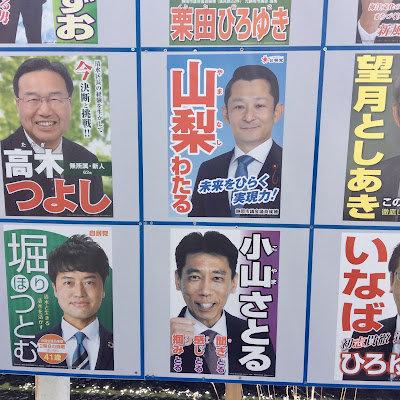 This guy looks like he is dreaming about the future. 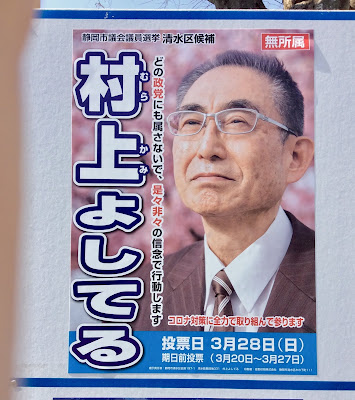 This candidate wants to give us all a big hug. 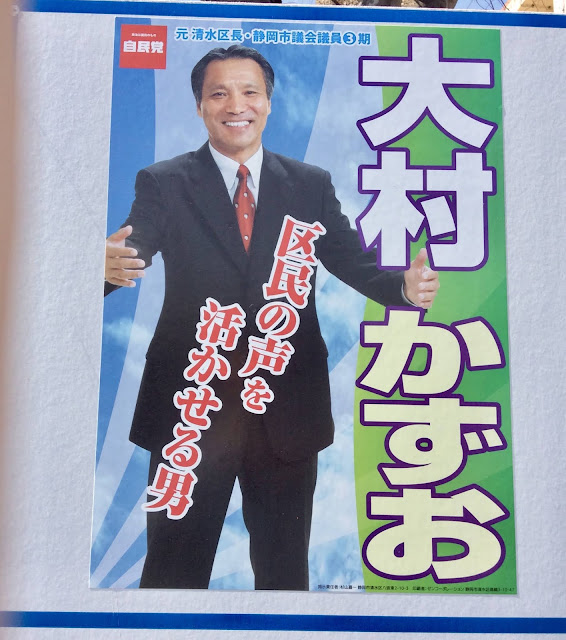 The other thing that happens in the two weeks before the elections is that vans with loud speakers drive around saying the candidates names and other things. To tell the truth, I think these loud speakers are annoying.  I asked my students this past week if they would be voting today and many said no because of the pandemic and the rainy weather, as well as not caring about the local election.

It is sad that only one of the candidates is a woman. I think the tight fist is a symbol of 'I will fight for you, I will fight for what I believe in'.
I guess local elections are not very popular, unless there is a big local issue, like the closure of the area's main factory, a pollution problem or a planned railway line that will be built on prime farmland, but with no station nearby where trains can stop and the economy prosper as a result.
IF you had the right to vote in this election, would you do it?

In India we are having the state elections on April 6th. Same scene here with loudspeakers and vans. Though I am not satisfied with our politicians I cast my vote as it’s the duty of every citizen. Now a days nota votes are increasing in our country because politicians are corrupt and everyone wants to fill their own packet.

I was surprised to see only one woman, but then are many women active in politics in Japan? The loud speakers would annoy me too.

It's interesting to see how they all present themselves. I like the idea of all being on one panel instead of so many boards and signs everywhere.

Is there no mail ballot system in Japan? It would be useful during a pandemic for sure!
I think there was some kind of election going on when we were in Kyoto two years ago. At least there were those load speaker vans as well, but I coulnd't understand anything they said.