One of the first Japanese words I learned was watashi, meaning I. Watashi wa Pamela desu.  I recently learned there are many other words that also mean the pronoun “I” in Japanese!

Watashi is the most versatile word for self.  It is used by men and women of all ages and has been in use since the 17th century.

Watakushi has been in use since the 14th century and is a more formal way to say “I”.  I have seen and heard this word but haven’t used it myself.

Boku is used by boys and has been in use since the 19th century. I’ve seen this in print and have heard my 4 year old neighbor refer to himself as boku.

Ore, in use since the 14th century, is the most masculine way to refer to oneself and is also very informal – used only with one’s friends.  I’ve not heard this one.

Washi has been used from the 14th century through the present, but is just barely in use now.  It’s only used by the most senior of senior citizens.

Oira, in use from the 14th century through the present, is also on its way out.  This is the “hillbilly” way to say “I”. (Really?  Japan has hillbillies?)

Atakushi, in use from the 19th century through about the 1950’s was the feminine way to refer to oneself, but went out of the language after World War II. It’s said to be the shortest lived of the “I” pronouns.

Sessha, is called the “samarai” way to say I. In use from the 14th to the 19th centuries, you’ll only hear it on period dramas now.  Aha!  That must be why I‘ve never heard it!

Warawa, in use from the 12th to the 19th century, you’ll only hear it today if you are talking with a time traveler.

Soregashi, also in use from the 12th to the 19th century.

Interesting as all this language stuff is, I’m going to stick with using Watashi.

This is kind of related – When I am talking about myself, I point to my upper chest, but Japanese person points to his nose. (That’s Ted pretending). 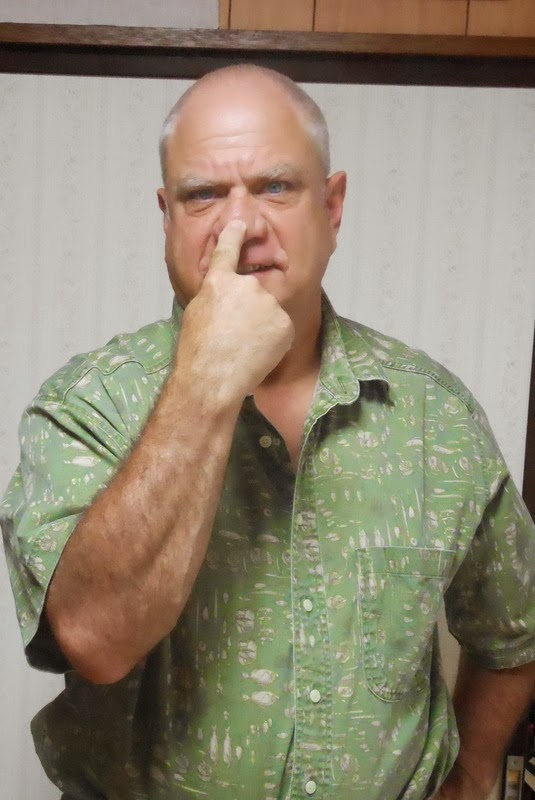 Yes, the Chinese point somewhat to the nose area too.=)

Hi Pamela, that must be the first time I've seen a full summary but do you know, I still pion yo my nose when I say "who me?" The years in Japan are not easily forgotten!

Very interesting! I have only heard a few of these expressions, although the Samurai drama channel on TV is on most of the time in my house.
Another most common way to say 'I' is to use one's own name, especially when talking to children: