Winnie the Pooh - Exploring a Classic

Winnie the Pooh was one of my childhood favorites.  I remember listening to my camp counselor read these stories to my cabin at bedtime. I still love these stories. 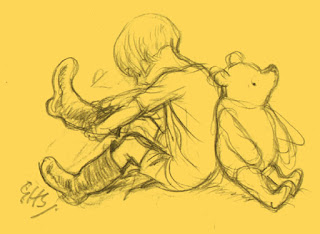 I heard about the exhibit at the Bunkamura Museum in Tokyo and wanted to see it. I took the train to the Shibuya Station, which is very large and confusing. I found my way out at the Hachiko Exit, where the famous Hachiko statue is located. 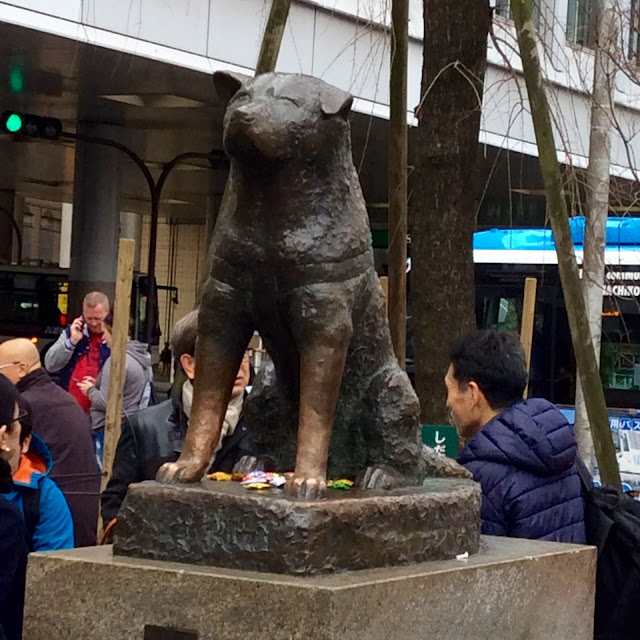 Here is the story of the faithful dog:

Professor Eizaburo Ueno of Tokyo University adopted Hachiko in Akita prefecture in the early 1920s, and the two were inseparable, with Hachiko waiting for his master to come home from work every day. Unfortunately, the professor died in 1925 and left Hachiko behind. However, the loyal Hachiko continued to come to the station daily until his own death nearly 10 years later.
This story became a legend and a small statue was erected in front of Shibuya Station to commemorate Hachiko, which is now a typical starting point for anyone visiting Shibuya. The surrounding area is Tokyo’s most popular meeting point and locals and foreigners are always queuing for photos with the statue. There was even a Hollywood movie made in 2009 about Hachiko — a testament to the dog's unwavering loyalty.

The museum is just a short walk from the famous Shibuya Scramble near the Hachiko statue. 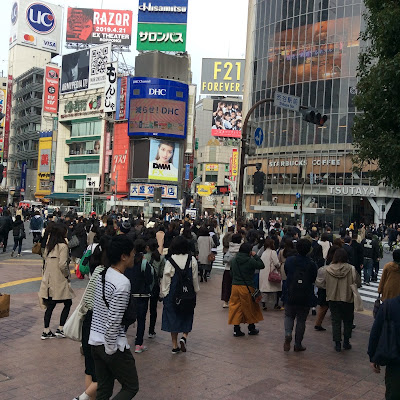 The museum opened at 10 am and I arrived about ten minutes before ten.  There was already a long line! I waited about 20 minutes to buy the ticket and enter the museum.  It was very crowded and difficult to see the tiny original drawings. It came from the Victoria and Albert Museum in London, so I thought it would be in English as well as Japanese, but I was wrong. I had no idea Pooh and Christopher Robin were so popular in Japan.  It's a good exhibit and I recommend going, just be prepared for the crowds.

Photos were not allowed in the exhibit, but there were a couple of photo opportunities at the beginning. 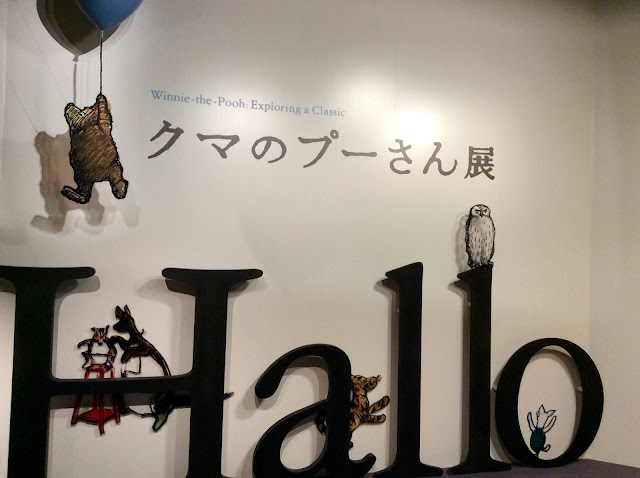 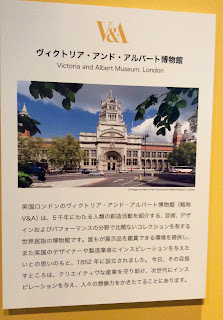 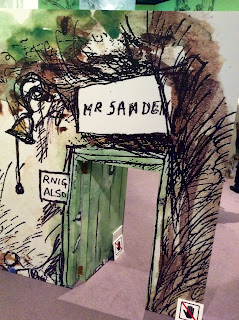 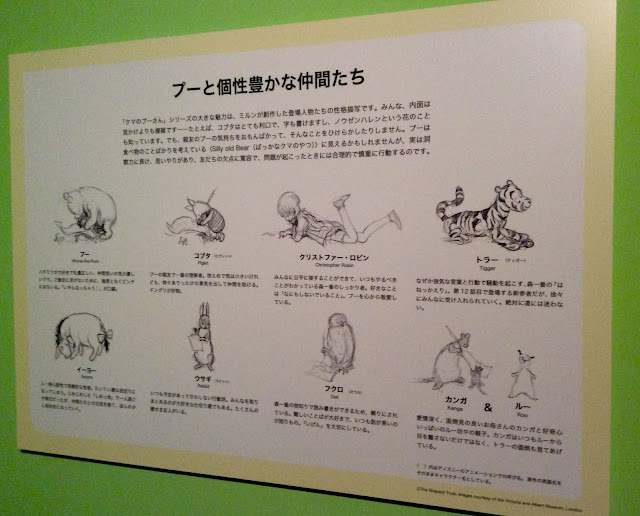 
After a successful run in London’s Victoria and Albert Museum in December 2017, the Winnie the Pooh Exhibition is happening in Shibuya from now until April 14 before travelling to Osaka (Apr 27 to Jun 30).
The exhibition traces the history of the famous bear from its initial publication as a children’s book in 1926, through a display of over 200 items ranging from pencil sketches and production materials to photos and letters of its creator EH Shepard. The display is divided into several sections, detailing what inspired the character, its literary iterations and its history in Japan. The exhibition will also include sales of special Winnie the Pooh items limited to the exhibition.

After the visit with Pooh san, I had lunch at a Japanese restaurant - the grilled mackeral set. 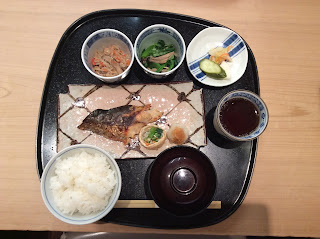 Email ThisBlogThis!Share to TwitterShare to FacebookShare to Pinterest
Labels: Museum

Wonderful that you had the chance to see this amazing exhibition of such a children's classic character right across the other side if the world.

My goodness the crowds are something else aren't they!! Good toy were able to see the exhibition though.

In the travel reports that you make from outside Tokyo I am always amazed at the amount of information in English (and other languages) that is now available. Here in Tokyo, though, museums and sightseeing spots are still poorly displayed. Why? Do they think people instantly can read Japanese when they are in Tokyo? OS2020 is coming soon and the city will be invaded by people who do not read Japanese. Wake up Tokyo!
........
Winnie the Pooh is always worth seeing!

The Pooh books were some of the earliest books I owned. I still have them. It would be wonderful to see the exhibition.

I didn't know The Pooh was that popular in Japan!

I wish that would come to Detroit! I'd be there in a heartbeat. Lucky you!