I teach English, but I also learn many things from my students. Recently, one of my students was telling me about her weekend.  She made plans to meet her friends at a club that she thought was hosting a disco party.  She was disappointed to find out it was a "Takenoko-zoku" party.  Do you know what Takenoko-zoku is?  I didn't. She told me it was a kind of dance in Tokyo in the 1970's and 1980's. She said it was done mostly by teenage girls in a certain bright style of clothes on the sidewalks to music from boom boxes. 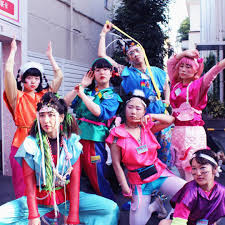 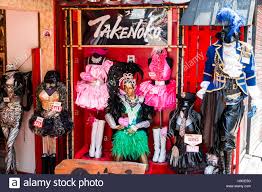 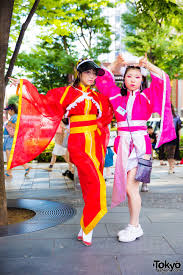 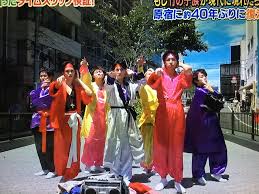 I hadn't heard of this before.  Have you? I learn new things every day!

I had not heard of it. Interesting

Boom boxes, yes that sounds a little dated.
I guess if you don't have anything else to do?

This boom was just fading out when I came to Japan. The dancers I saw were all Elvis Presley look-alikes with pompadour hairstyles and I could not comprehend that this was popular in JAPAN. I had expected Japanese culture to be all JAPANESE. I have learned a lot since then. One thing is that the Japanese always adjust and tweak things to fit Japan. Even the ducktail hairstyle officially known as pompadour is called Regal in Japan.

Had to ask my husband about this : ). He finds the last photo the most "accurate." By the time he got to Tokyo, in about 1980 or so, they were all gone.

Nope never heard of it so now I am learning new things as well.

Never heard of this!
Sounds like a lot of fun!
I’m glad you showed us or we wouldn’t know!
Hugs
Barbara xx

Guess she was disappointed for it not to be a Disc Dance. Your post brought back to mind how kids used to Break Dance on the sidewalks in Down Town Chicago.
xx, Carol

I enjoy learning things about Japan on your blog. Such bright colors and pretty girls. No smiles, though. I guess that wouldn't be sophisticated.

New to me too.

I don't know why she would be disappointed - that looks like fun!

New to me as well. It looks beautiful.