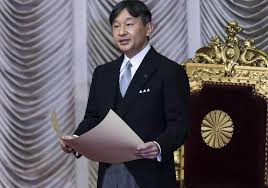 Today is a one time National Holiday in Japan for Emperor Naruhito's enthronement ceremony.  The ceremony is to announce his enthronement before foreign and domestic leaders and representatives.

Representatives of more than 190 countries are scheduled to attend the ceremony at the Imperial Palace. Among the guests expected are US Transportation Secretary Elaine Chao, Chinese Vice President Wang Qishan and Britain's Prince Charles. In 1990, the US sent then Vice President Dan Quayle for the former emperor's enthronement ceremony.

To mark this day, the Japanese Government will grant pardons to about 600,000 petty criminals. Those pardoned will have legal rights restrictions lifted. In Japan, convicted criminals are not allowed to obtain physician, nurse, and some other licenses for five years.  In 1990, for the enthronement ceremony of the former Emperor Akihito, 2.5 million people were pardoned. In 1989, around 30,000 people were pardoned for Emperor Hirohito's funeral.

A parade rehearsal was held two weeks ago Sunday, which restricted traffic on the 4.6 km route. A convoy of about 50 cars left the Imperial Palace at 7 am and arrived at the Akasaka Imperial Residence about 30 minutes later, while police officers checked security arrangements. A convertible sedan that the Emperor and Empress will ride in was not used in this rehearsal. The Parade was originally scheduled for today at 3:30 pm Tokyo time. Last Thursday it was announced that the parade would be rescheduled for November out of respect for those affected by Typhoon 19. 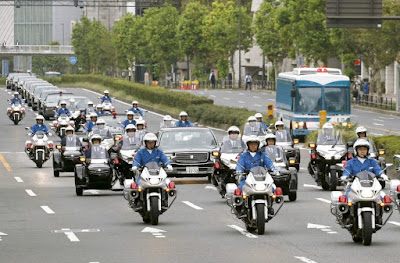 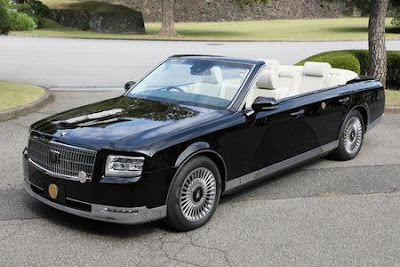 It is raining here in Tokyo, I don’t think they could have sat in the open car.

It has been a beautiful ceremony, although very still and stiff. Now we are looking forward to seeing the banquette tonight.

I hope all goes well, that is an impressive car. Good to hear the petty criminals have been pardoned.

This is fascinating to me, Pamela. Such history.

This event has not been on any of the news sources that I read, but it’s really very interesting.
Americans are becoming more and more inward-focused, and that’s really not a good thing.

Reading about a country with an 'active' monarchy is always fascinating to me!