Osaka Decides to give up American Passport, Chooses Japanese 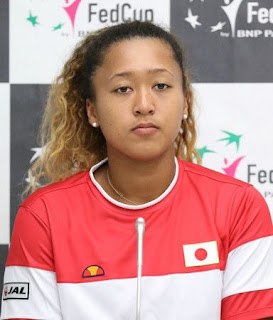 This week tennis star Naomi Osaka was forced to choose between American and Japanese citizenships and she chose Japanese. Osaka was born in Japan to a Hatian-American father and a Japanese mother in October 1997.  She moved to the United States at the age of 3 and started playing tennis.  In 2013, she turned pro.  According to Japanese law, she was required to renounce one of her citizenships at age 22, which was this week.  She gave up her American citizenship, expressing a desire to play tennis in next year's Olympic games and becoming the first Japanese female tennis player to win an Olympic medal.

Does your country allow dual citizenship?

I don't blame her. Right about now if I could pick another country I would.

Yes Pamela The US does allow duel but under certain circumstances.
I love this Country, I am very lucky to live here.

The whole fiasco went on for months, as more and more politicians were found to be dual citizens of New Zealand, the UK, Canada, and Italy, and questions were raised about others.

Germany does allow dual citizenship under certain conditions. I believe being born to parents of different nationalities is one of them, at least I went to school with a girl of Iranian/German citizenship!