The summer festival in our town is this weekend.  Friday night was the parade, and we were excited to be able to see it. The people in the parade were local people, wearing traditional yukata and summer kimonos, dancing our town's bon-odori dance.  Wouldn’t you be excited about seeing this cultural event?  We arrived at the parade route early and found a good seat on the curb so we wouldn’t miss a thing. 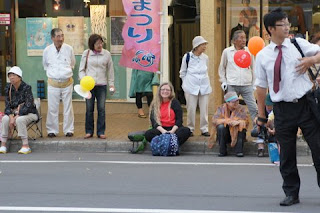 We were asked to have our picture made with people before the parade started and they in turn took photos with our camera. 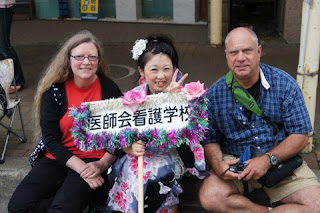 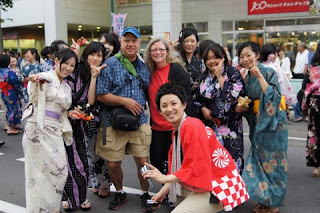 Our favorite restaurant, Bombay Blue, was at the festival selling their delicious Indian food. 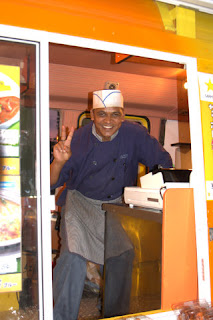 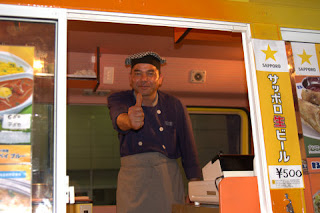 There was one group of men hanging out and drinking sake, which isn’t unusual here, but the curious thing was that many of them weren’t wearing pants, just the little diaper thing that sumo wrestlers wear, with a Japanese shirt.  I don’t know what that was about. 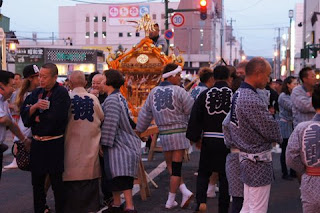 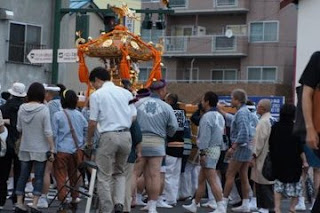 We feel like we belong here, especially when we are out and about and see people we know like we did when we were waiting for the parade to begin.  We also saw our friend Kyoko San, who was in the parade and waved to us as she danced by us. 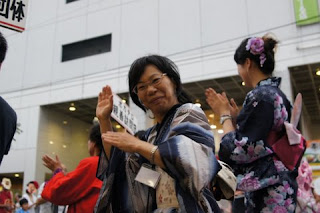 Besides the dancers of all ages, there were also some characters handing out balloons to the children and packs of tissues to the rest of us. 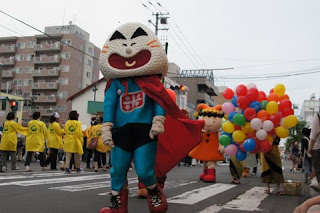 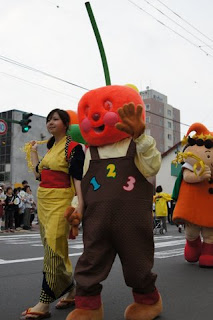 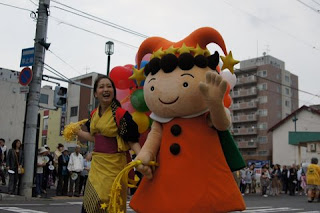 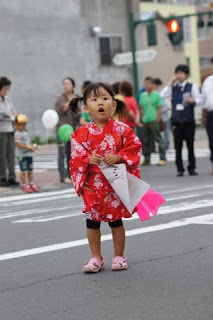 We were invited to join the dancers in the parade, but we opted for staying in our place and watching everyone pass by us. 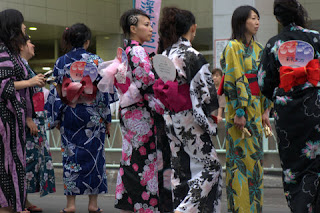 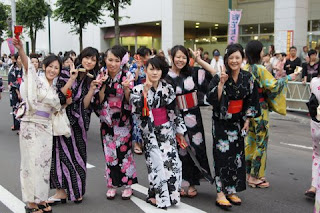 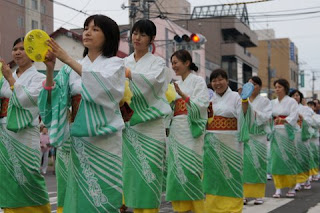 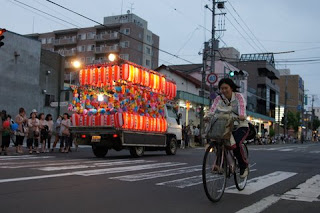 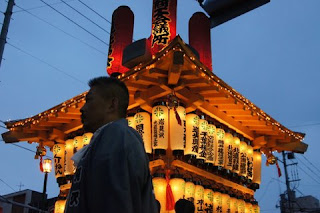 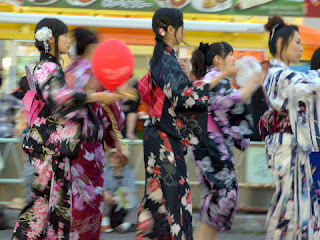 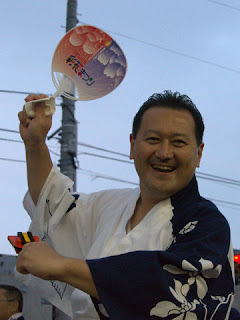 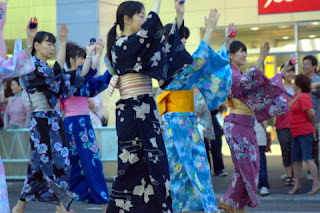 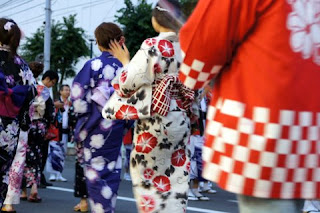 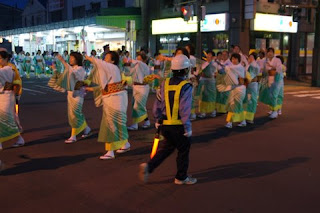 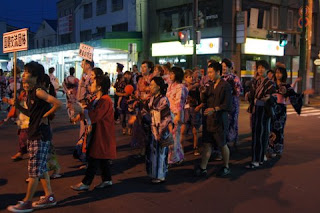 We thoroughly enjoyed our Friday night out.
Posted by Pamela at 4:00 AM