Ted’s Aikido group held a party at a local restaurant to celebrate the 70th birthday of the fifth degree black belt sensei, to celebrate the earning of the first degree black belt by one in the group, and as a goodbye to another sensei (fourth degree black belt) who is moving to another country with his job.  Ted had taken photos at a recent practice and we had the photos printed at Cosco.  We put together little albums for the three and Ted had extra group photos made for the others. People are always happy to get the photos Ted takes. 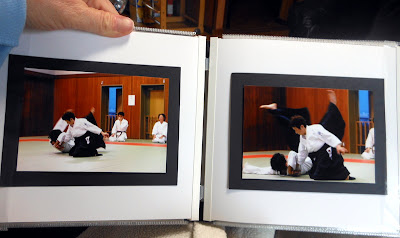 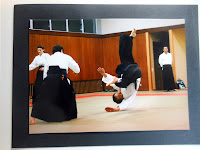 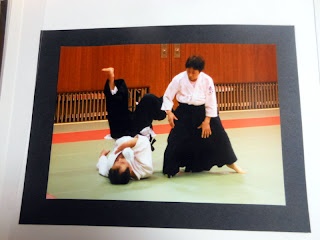 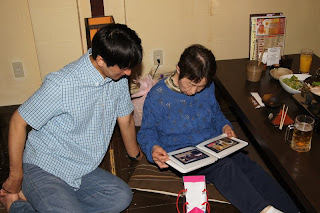 It was good to have the party for all three at once.  While everyone is sad that one person is leaving, they were happy to celebrate with the other two. 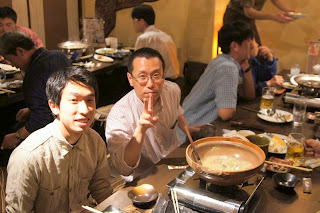 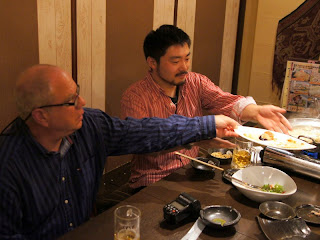 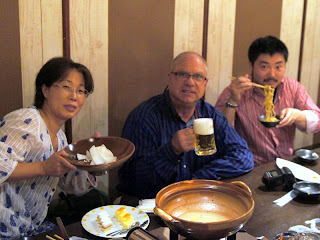 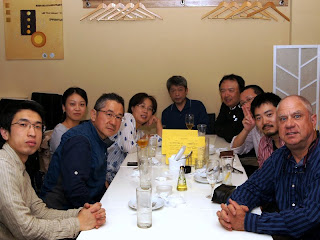 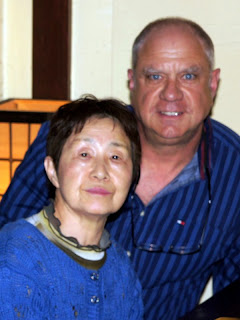