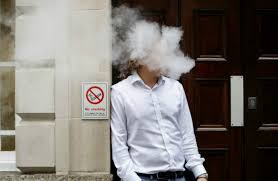 A Nagasaki University spokesperson has announced that the university has stopped hiring any teaching staff person who smokes.  Starting in August the univerisity will ban smoking entirely on its campus and will open a clinic for those who cannot give it up. This is a first at a Japanese university.

Japan is considered a paradise for smokers. Smoking is allowed almost everywhere in Japan. (At the company where I work, there are smoking rooms, so smokers cannot smoke in other areas.) The World Health Organization has given Japan the lowest rating for efforts to prevent passive smoke.  Japan scores lower than both China and South Korea.

What is the smoking situation where you live? Is smoking allowed in restaurants and universities or other public places? 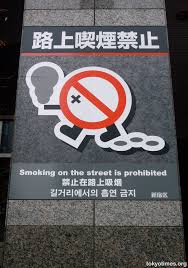 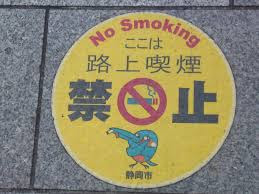 Interesting!
In New Zealand smoking is not allowed in pubs, restaurants, public transport, offices or prisons.It is allowed in your own car, house and on the street. Universities generally allow it outside in open areas. It’s not allowed in schools but kids of course find hiding places like they have always done. Some cafes have outdoor areas where smoking is allowed. Vaping is becoming increasingly popular and is usually only allowed in the same places as smoking but is certainly nicer to walk past and doesn’t generate cigarette butts. There is a funded QuitLine you can ring and subsidised nicotine pills, gum and patches are available to help people quit. Cigarette tax increases regularly and they cost about $30 a pack (20USD), equivalent to nearly two hours on the minimum wage, or 3 big macs. About 13% of New Zealanders smoke daily.

There is no federal law here regarding smoking. My immediate area has banned smoking in most public buildings and smokers must stay 8' away from doors when lighting up. Our State is trying to increase the age to legally buy cigarettes to 21 and is currently working to add $2 tax per pack. Personally I am against the increase in legal buying age and increase in tax. Since Terry has COPD, I am pro any law that limits where you can smoke in public for health reasons. I would be against a company being able to deny employment to anyone who smokes, but agree that they should not be able to smoke at work. Personally, I would steer clear of that person because they really do stink from the smell.
xx, Carol

No smoking in most public places around here. I know smokers that say they feel like the outsider now where many years ago it was the opposite.

No smoking here in Australia in pubs, restaurants, cafes, lots of public places.

How interesting! I was under the impression that smoking wasn't that 'popular' in Japan and isn't it even banned on the streets? I didn't know it was that much of a problem.
Germany banned smoking in most public places (like offices, restaurants, trainstations, etc) although some states allow those places to have separate smoking rooms if they want to have them. It's so nice to not have to deal with smoke everytime you go out for food! Smoking outdoors is still allowed in most places though, I think.