As part of my birthday month celebration, we went by bus to the big city on Saturday.  It was snowing like crazy in our town, but  it was sunny without a speck of snow to be seen in Sapporo.  From the Sapporo station, we took the subway to the end of the green line.  We were surprised to meet up with our friend Saori at the subway station. 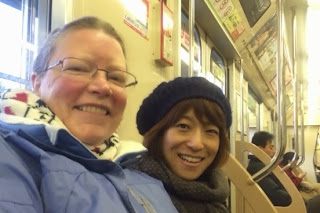 She was also going where we were going so we rode the city bus with her to Tokai University to see the documentary Hafu.

“Hafu” is the term given to people who have one Japanese parent and one non-Japanese parent. It was a great film and we are so glad we were able to attend the Sapporo screening.  You can see a clip of it here.


We took the bus back to the subway station and the subway to the Odori Station to see the illumination and Munich Fest, which are both held at Odori Park. 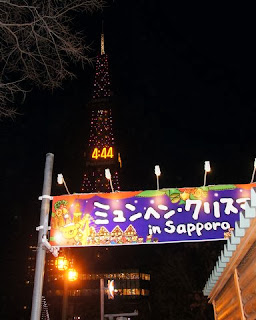 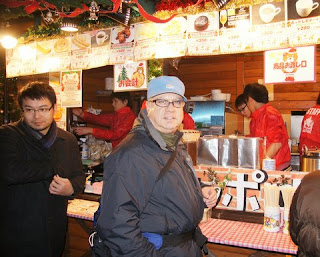 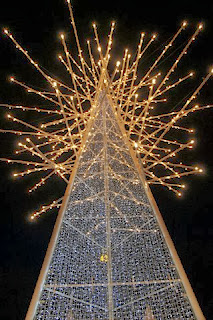 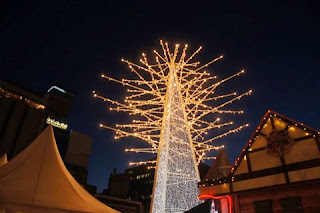 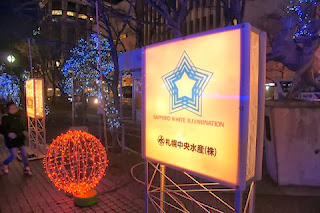 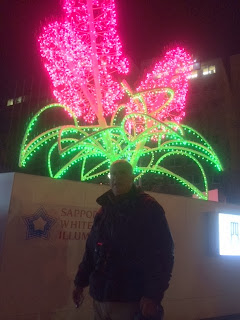 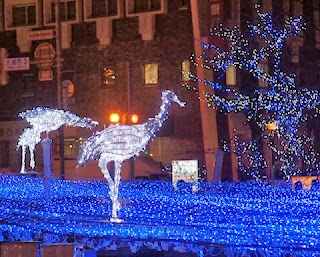 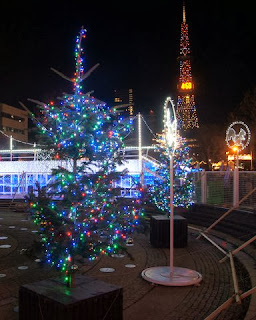 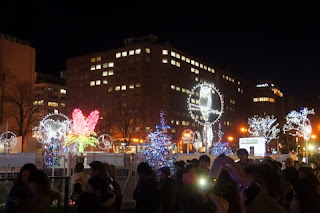 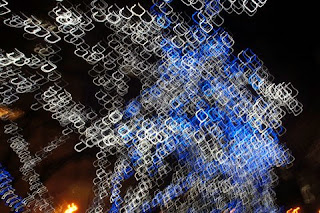 Afterwards, we checked out the art in the underground walkway. 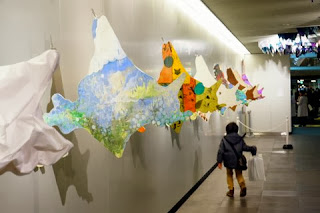 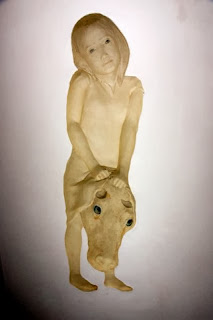 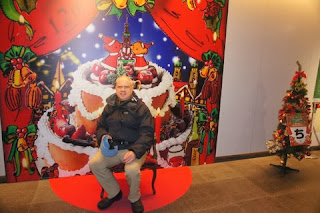 We had dinner at Ootoya, then headed back to our little town where it was still snowing! All in all a good day. 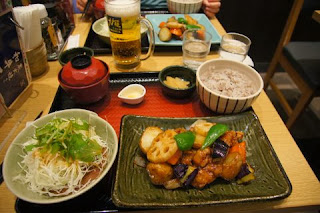 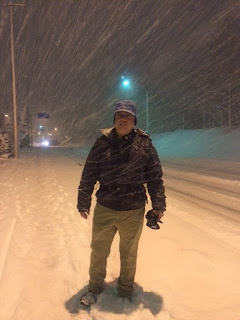 One 'hafu' girl (Swedish father, Japanese mother) came home from school crying that she had been called a 'poor half'. Her parents said, no, you are a 'rich double', who knows much more about the world than the 'poor wholes' in your class.
You had a great day out, I think!