I saw this in the sky floating above my apartment. You never know what you will see in the sky. 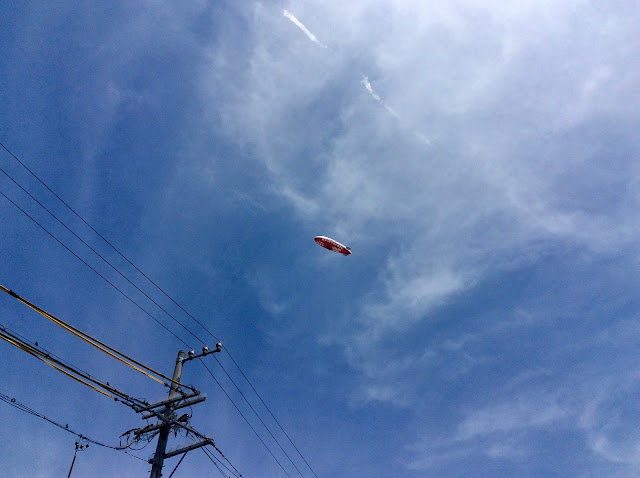 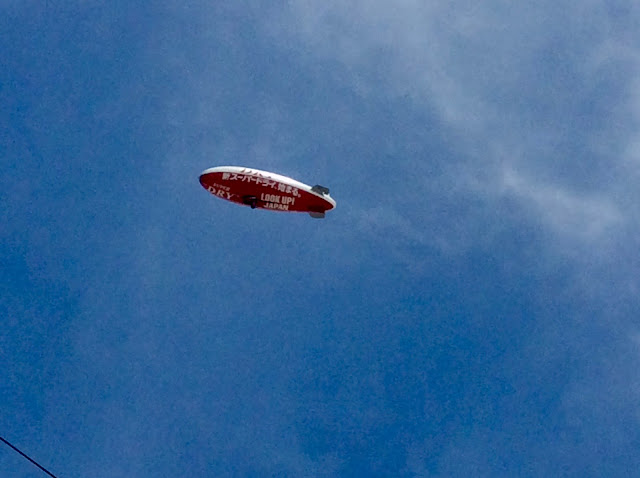 When my husband was working for Mastercard, I got a chance to fly in a blimp with my daughter. The driver even asked where we would like to go, and it was so nice and quiet and we flew over former neighborhoods and places we loved to see, even past the window of the office in Shinjuku where my husband was working.

So did your body start craving for an Asahi Super Dry beer?

But how would you see the instruction to look up if you hadn't already looked up?

This plane advertises Asahi Super Dry from the sky.
The temperature is high in Japan, so those who notice it may want to go buy it.🍺

Having lived near South Bend, the Good Year blimp was flying around a lot. Notre Dame football you know. Anyway, it became a joke for Terry because it would excite his dad to see it. When he wanted to play a joke on his dad he would tell him the Good Year blimp was over his how and his dad always fell for it, but only because Terry also called him when it really WAS overhead.
xx, Carol

Interesting things happen around you.

At the end of our lockdowns, the planes starting flying over again, it was really weird seeing them after so long in the empty sky.

It's been a while since I saw advertisement like this!