Two evenings last week there were Bon-Odori events held all over.  From my apartment, I could hear the music from two different events nearby.  I walked over to one held at a park two blocks away. The Bon-Odori is a traditional dance event held during Obon.  Each area has its own music and dance.  Hokkaido is known for the fishing folk song Soran Bushi.


There is a stage area with the recorded music and the drums at the top. 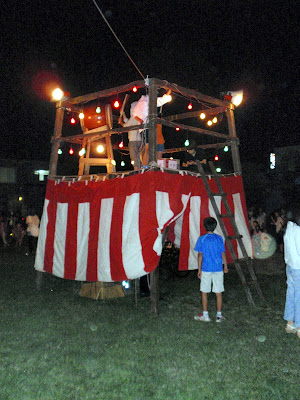 Many of the children and a few of the adults were wearing kimonos. People dance in a circle around the stage. There are arm movements and claps and turns. I tried to follow what the other people were doing. (Maybe I should get someone to give me lessons before next year.) 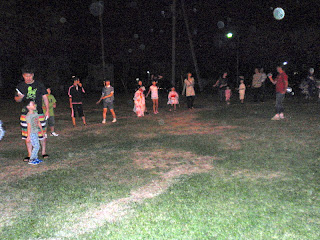 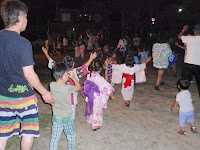 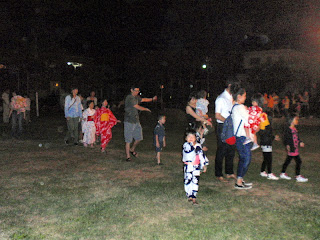 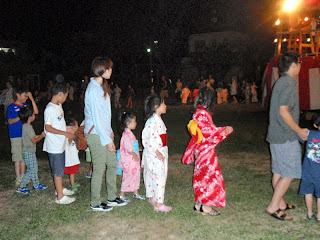 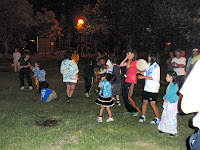 It was dark and the dance circle large, so the pictures aren't great, but I hope you can get the idea. It was interesting and fun.
Posted by Pamela at 5:00 AM