We attended a wonderful cultural event with some of our English speaking friends yesterday in Yuni Hokkaido.  There are only a couple of trains a day to and from this tiny town so we had to be careful about the time. 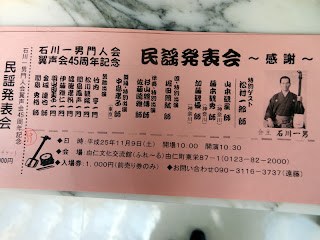 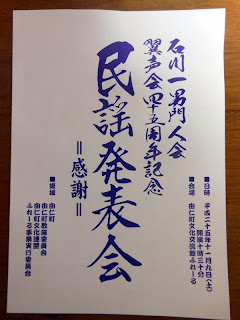 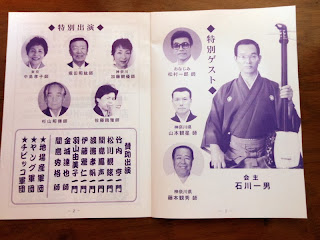 The event was held in a community center and except for the seven of us the audience was mostly older Japanese people. 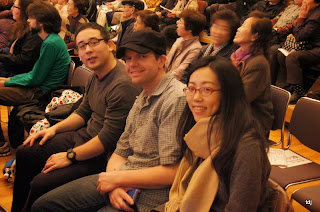 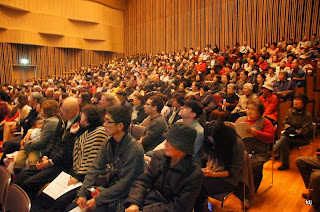 I don’t know if the event as a whole had a name, but I do know that the singing is called Minyo and the stringed instrument, Shamisen. Minyo is the traditional Japanese folk songs, with each area of Japan having its own distinct style. The shamisen is a three stringed Japanese instrument. The Japanese bamboo flute instrument is called a shakuhachi and there were also drums, but I don’t know what name they have. 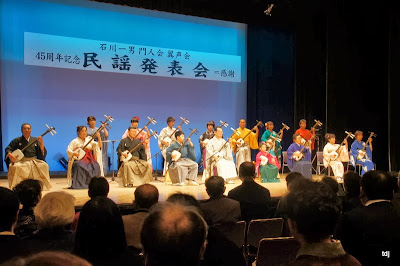 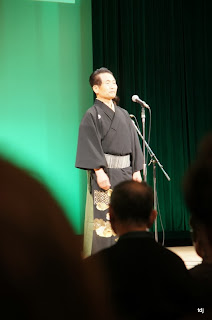 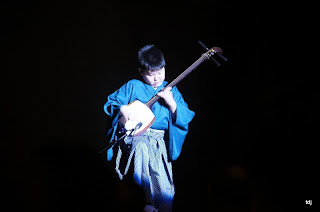 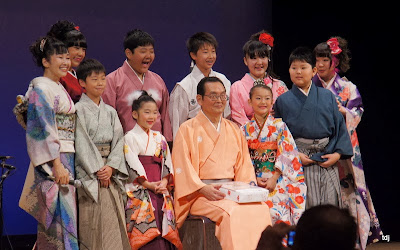 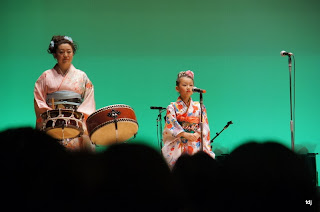 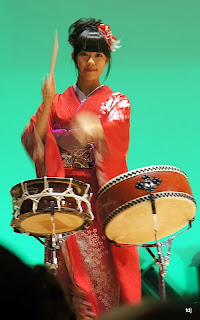 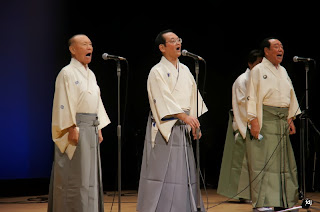 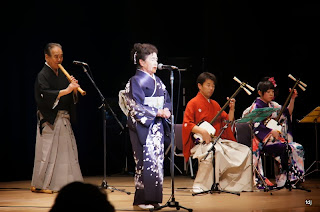 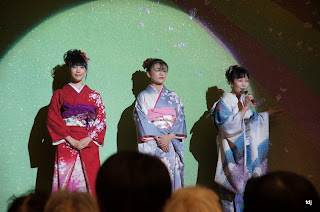 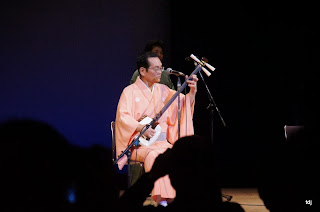 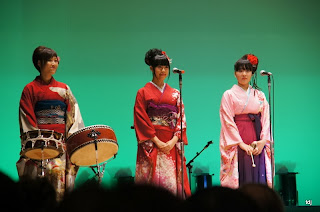 The performers were all ages. It was announced that one of the men singing is 91 years old.  The singers seem to have been the stars because after each performance, flowers and gifts were brought up to the stage for the singers. There was one dancer with a parasol who was a special guest performer from Tokyo. 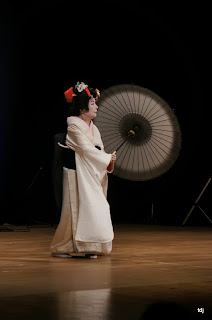 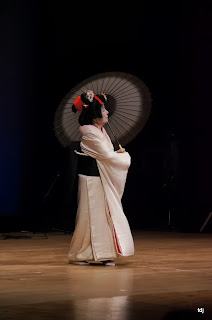 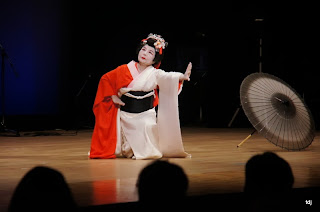 It was a very interesting day and I’m very happy we were able to attend this event.
Posted by Pamela at 4:00 AM