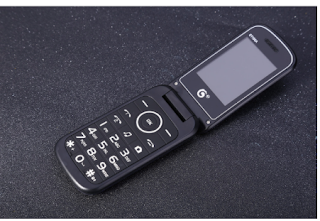 The Yakuza (Japanese mafia) bosses are unable to upgrade from the old version flip phones. This is becoming a big problem, as the three big telecom companies in Japan (Au, Softbank, and DoCoMo) are ready to drop 3G service or already have.

You might be wondering why they don't get newer versions with 4G capability. That's not an option because the Yakuza members have been unable to sign a new phone contract since 2011 when Organized Crime Exclusion Ordinances (Boryokudan Haijo Jorei) were passed across the country. This prevents companies from doing business with members of the Yakuza. Since the passage of these ordinances, mobile phone service providers' contracts require signees to swear they are not members of these organized crime groups in order to avoid liability in the event the customer turns out to be a crminal.

My first thought is, if they are already criminals, why don't they just lie and sign the contract saying they are not Yakuza members. Apparently high ranking members are under increased scrutiny by the police who will arrest them for any legal infraction. A case of contract fraud would allow the police to investigate their business practices thoroughly. So how about getting someone else who is not involved with illegal activities to make the contract? That, too, is contract fraud, with the same results.

Would the police really arrest a mobster for such a thing? Yes! In 2017, the head of the Kobe Yamaguchi-Gumi was arrested when he and a female accomplice conspired to get a new phone. The individual charges weren't so serious, but the charges allowed the Hyogo Prefectural Police to search the group's headquarters and to investigate other members of the group. Another incident involved a 46 year old Yakuza member who was arrested by the Hokkaido Prefectural Police in 2020 because he signed a fraudulent mobile phone contract in 2018.

Younger members of these organizations could have smart phones as they may have signed their contracts before joining the Yakuza. As mobile phone technology continues to change, all of the Yakuza members could be unable to get new phones before long. There are still a few pay phones around.

Email ThisBlogThis!Share to TwitterShare to FacebookShare to Pinterest
Labels: Yakuza

Hi Pamela: I find this a good thing, it is easier to follow what is going on in the crime arena.
The 3Gs are gone in the US, soon flip phones will be a thing of the past.
I hope you are having a great day.

How very Japanese, how run your criminal organization according to the rules.

What an interesting conundrum! Is there no 2G in Japan anymore? In Germany, 3G is being phased out in favour of 4G and 5G, but 2G has to stay active as a fallback.

I've seen lots of crime shows where the criminals use non-contract "burner" phones. Aren't such pre-paid phones available in Japan?

When you read this you would think the Japanese police have a cushy job compared to the police in Sweden who are dealing with gang shootings and explosives, or the cops in the US who are faced with school shootings and riots at the Capitol.

One way of trying to stop gang activity I suppose.