It is getting more and more difficult to send something to the United States. Several weeks ago I mailed a letter to a friend in Indiana, USA. Ordinary envelope, correct address, proper postage.  It went to the US and came back to me in Japan, with a yellow sticker on it that said "not at this address".  I checked my address book and I checked the return address on the last letter she sent me and they all matched.  I put the returned letter in a new envelope with another letter and put the letter in my bag to mail it.  When I got to the post box, I didn't have the letter!  Somehow I lost it on the way.  I hoped the finder would drop it in the mail box, that's what I would do.

A few days later I received a notice in the mail from the police saying they had something they thought belonged to me - a lost or forgotten thing.  I knew it had to be the letter.  I asked my Japanese friend to call the phone number in the notice and ask them to put the letter in the mailbox.  She called for me and they told her I needed to pick up the item (the letter). It was a 45 minute walk on a hot day to the fourth floor of the big police building (not the little local koban - police box). When I got there, I was the only one needing help and there were eight people working in the lost and found office.  I waited an hour for them to find my letter, which was wrapped up in plastic.  I wrote my name and address on a printed form, they gave me the letter and I walked down the stairs and out of the building.  I was about half a block away and one of the office workers came running after me, saying sorry sorry.  I had to go back because they had given me the wrong form to write my name and address on.  I did it again on the new form and quickly walked away! I put the letter in the post box and hopefully my friend will receive it.

Lost and found is very serious in Japan.  When someone loses a phone or a wallet, they get the item back intact. It is amazing.  I was surprised that I had to go to the big police department building though to get the letter.  If you found an addressed stamped envelope, would you put it into the post box, or take it to the police station, or leave it where it lay, or something else?  I'm just curious. 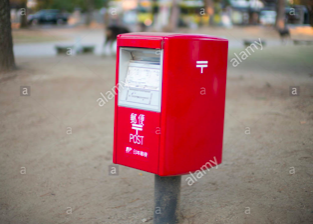 The mail system in the states went crazy in the trump years and I was hoping it would get fixed, but so far, no repairs. I sent a check to my son in Colorado. Came back a month later saying not deliverable at this address. Took another try with new envelope and more postage. Sent a quilt to the same address for my grandson. Came back. Sent it again. Sent the tracking number to my son (He has a camera on his front porch so he can tell no delivery has been attempted) when it didn't come the second time, he went to the PO with his son, and they couldn't find it though the tracking number said it was there. After an hour, they found it among the items to be returned to sender. Now, it is almost impossible to send anything larger than a letter unless you have a printer attached to your cell phone, as the label is on line and can't be filled out by hand. My grandson sent me a "Flat Stanley" as a school project and I had to give it to friend travelling to the states to ail when she got there, because the envelope was slightly larger than a regular letter.

If I found a letter I would put it in the mail box to get it on the way. Lost and found sure is taken very seriously in Japan.

I expect that if I found a stamped letter that hadn't been posted I would pop it into a letterbox and send it on its way. I've never had that experience. But I would never think of taking it to the police. I think here that if you tried that, they would tell you to post the thing and not waste their time.

Fingers crossed your friend receives her letter. The Japanese are very honest. I accidentally left my iPad on a seat in the Imperial Palace Gardens, I ran back and it was still on the seat where I left it.

Several letters with check have gone astray here in the states these last few years. But when I dropped a stamped envelope a few years someone put it in the mail. That was kind.

Maybe they weren't sure if you really wanted to mail that letter? I guess I'd just have put it in the mail box myself!

I would have mailed it!