February 11 is the Japanese National Holiday known as Foundation Day .  It was originally celebrated from 1872 to 1948 and was a holiday to commemorate the day that Emperor Jimmu is believed to have acceded the throne in 660 BCE. The holiday was established to honor the Imperial family and the founding of Japan. Before World War II, this day was celebrated with great pride in Japan, but as a result of the war, the holiday was abolished.  In 1966, the holiday was brought back and first celebrated again in 1967.  On this day, Japanese people express patriotism and consider what it means to be a citizen of Japan.

We continue to get “snow showers” here in Hokkaido. I met Ted for lunch yesterday at the campus cafeteria and had a hard time seeing as I walked to the university building because the snow was blowing straight side-ways. It was worth the short walk over.  I had a delicious lunch of rice with seaweed and cold fish – only 178 yen.


It’s almost the end of the school year and things are really hopping at HUE-I. Graduation is coming up in the middle of March.  The graduate students were all in suits yesterday in the cafeteria.  They were presenting their research yesterday afternoon and looked very professional.  The music and art students are completing projects and holding performances and shows. 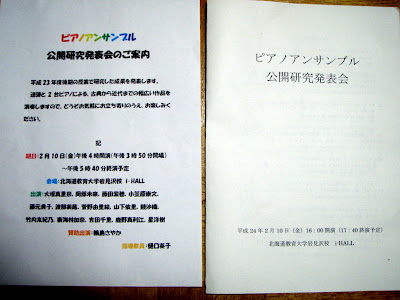 At four o’clock we went to another music concert.  I think they must have performance requirements for their music classes.  This one was piano duets (I think that is the right word).  The first four performances were of two musicians with one piano.  The last four were two musicians and two pianos.  I’m not a musician, nor do I play one on the internet, so I have some questions.  Why is the lid to the piano sometimes up all the way and sometimes only half way up?  How do the page turners know when to turn the music pages?  Do they read the music along with the piano player or do they get some kind of cue on when to do it?


I’ve worked a bit more on my little beaded box.  I’m about half way on it now.  I’m already thinking about starting the next project. 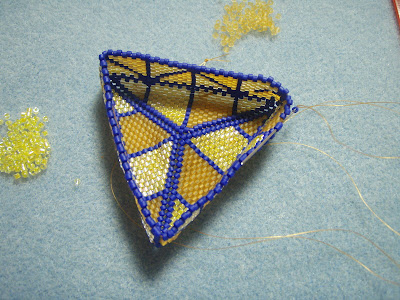 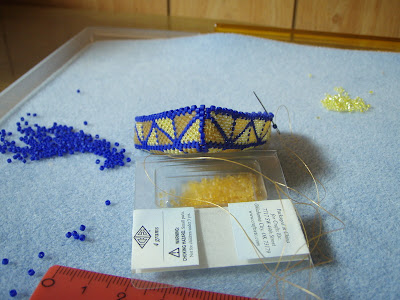 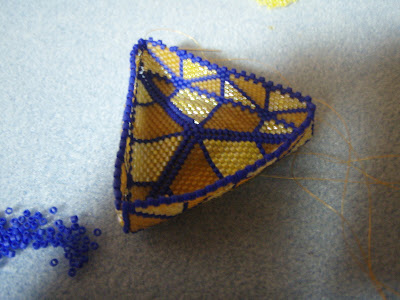