I went to the mall on the bus all by myself. That doesn’t sound like all that big of a deal, but not being able to speak or read Japanese makes it a big deal. I didn’t really need to shop for anything, I just wanted to try something more independent. What’s the worst that could happen?  If I got on the wrong bus, I could stay on it until it went back to the mall and get on a different one.  Luckily, both going to the mall and coming home I got on the right buses and got off at the right stops.


I went back to the stitching store that I visited the last time I was at the mall.  I didn’t notice the DMC thread section or the Liberty fabrics when I was there before. 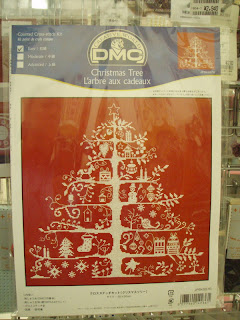 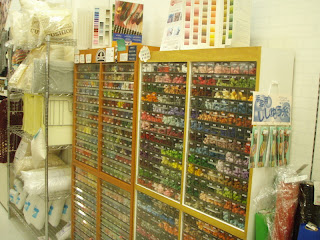 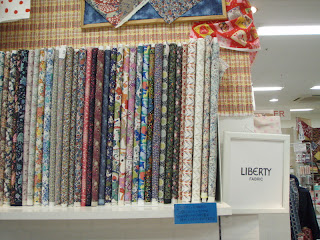 At a table in the back of the store were eight women with their sewing baskets and fabric pieces.  I think it must have been the quilting circle. They didn't know I wanted to join them. 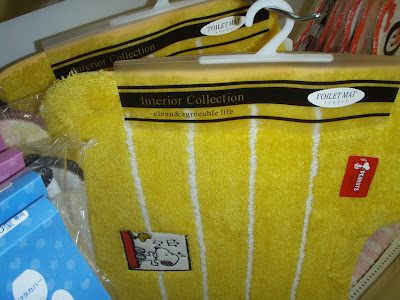 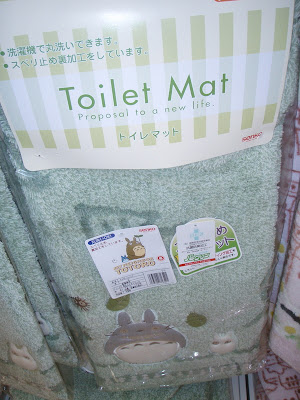 I looked at the irons, but this is more than I want to spend.  We looked at the second hand store again last week, but had no luck. 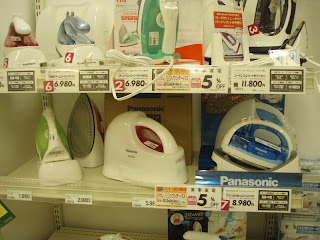 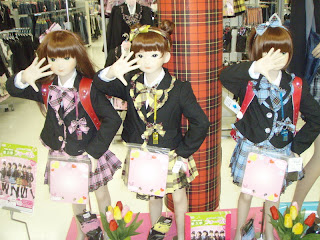 Is a dust box the same as a trash can? 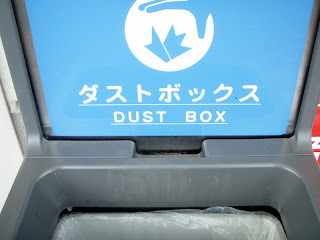 Somehow I missed this store the first time I came to the mall.  Another stitching shop!  More fabric and yarn and beads!  One shop like this in a mall is unheard of in the US, but two!  This shop has a line of embroidery thread called Cosmo. 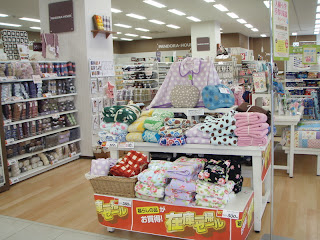 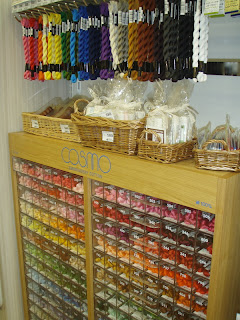 I did make a purchase here – a little piece of sashiko fabric and white sashiko thread and a package of little fob things that I might use with some beads. (Never mind that I already have two unfinished sashiko projects - more on that later). I spent 814 yen and the cashier gave me a little frequent buyers card and stamped the first box.  I couldn't ask her what the reward was for filling the card.  Maybe I will be able to by the time the card is filled. I also bought some white glue at the stationary shop. 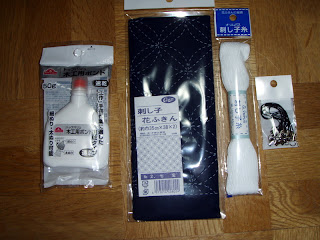 I wanted to eat lunch at the mall, but I couldn’t figure out what did not have meat in it. Surprisingly to me, most Japanese food has fish and/or meat in it. They don’t have the little animal pictures, like in the university cafeteria.  I ended up having a mint chocolate chip ice cream cone for lunch.  I know what Baskin Robbins is.


Ornament finish
Ted chose blue Kreinik blending filament, red Kreinik #4 braid, white silk thread for the design, red and blue #5 perle cotton for the cording and Mill Hill beads for his ornament.  Here are close up photos he took of the two ornaments. 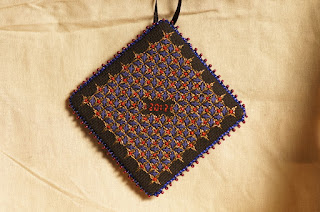 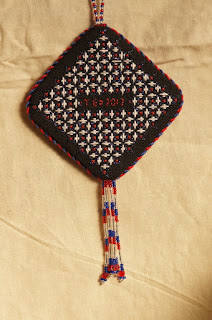 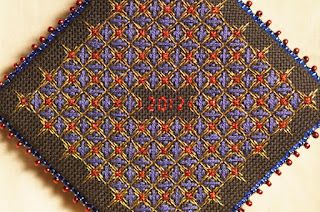 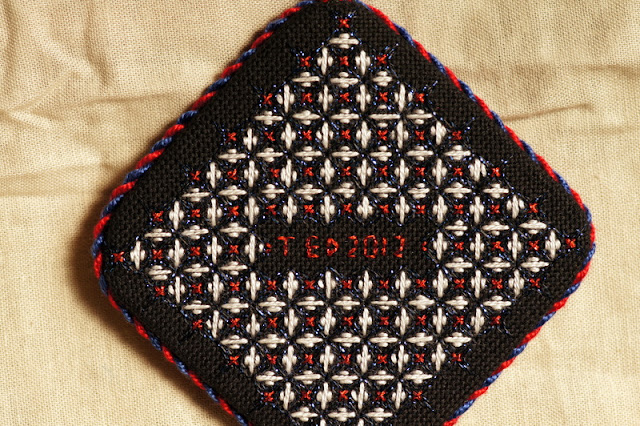 Email ThisBlogThis!Share to TwitterShare to FacebookShare to Pinterest
Labels: Living in Japan, Ted