I’m the kind of person who likes to plan, make lists, and be on top of all that goes on around me.  All that goes out the window here.  I can never really plan because I never really know what is going on. Not being able to speak or read the language is part of it, but part of it is the culture differences.  I rely on Ted for translations, but he doesn’t always know what’s going on either.  In addition, he doesn’t think like I do, so he doesn’t think to ask the questions that I would if I could.


This weekend we went with the cross country ski class to the Miyasama International Ski Marathon in Biei. Everything I knew about the trip was that we were traveling by bus about three hours, we were staying in a “youth hostel”, and that I was entered in the 10K race and Ted in the 20K race.

Not knowing what kind of bus we would be taking or if we would be stopping at all on the ride to Biei, I decided not to drink any hot tea Saturday morning. We left a little after nine am and we did make a stop about ½ way there. 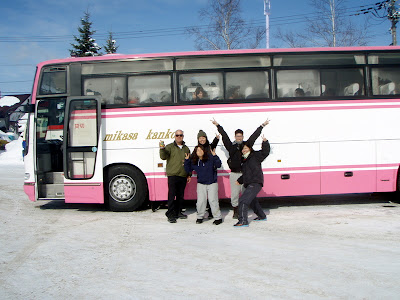 The scenery on the drive to Biei was beautiful.  We went through Furano where the famous downhill ski area is. We saw one mountain that is an active volcano. We saw some furry Hokkaido deer in the snow.  I don’t know how they survive! 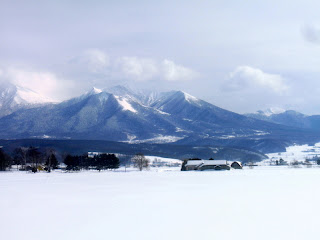 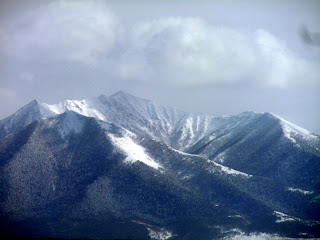 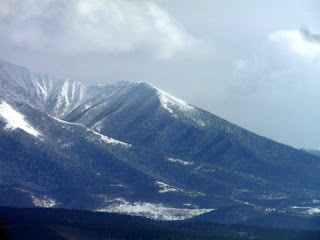 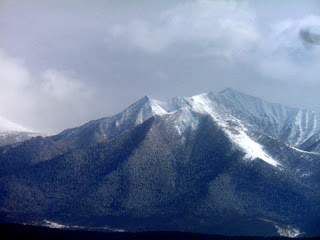 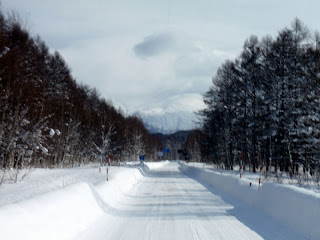 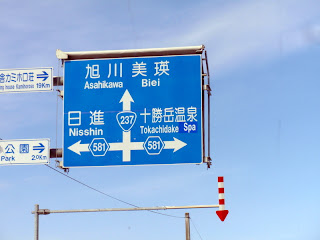 We arrived at the youth hostel about four hours after leaving the university.  I had my own idea what a “youth hostel” was, but didn’t know if that was what a youth hostel would be here. It turned out to be a huge no frills conference center.  The only “youth” were the college students in the group.  Most of the people staying looked to be retirement age.


They had the whole shoe business going on at this place.  We came in at the lower level and left our boots and ski boots in this shoe room, putting on slippers or indoor shoes. 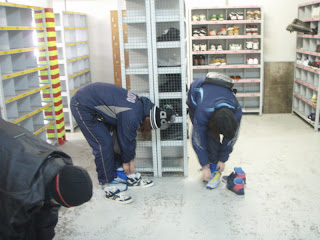 If you forgot your slippers, you could wear your socks up to the dormitory area, where they had slippers in the rooms. 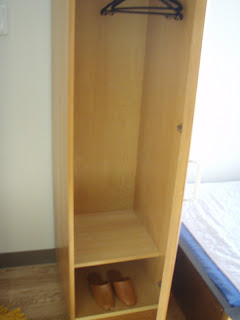 There were several people to a sleeping room and you had to leave your slippers at the room entrance and only wear your socks in the room. I didn’t know this at first because I couldn’t read the little label, but one of the students pointed it out to me and told me what it said. 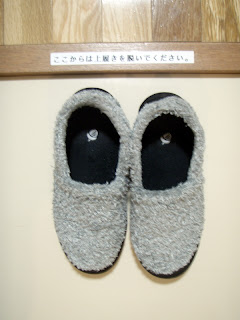 At the entrances to the bathrooms, there were toilet shoes available to use. 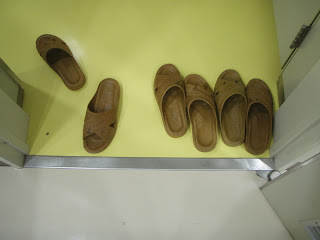 There were lots of rules and directions for how to do things at the youth hostel, but I couldn’t read them. 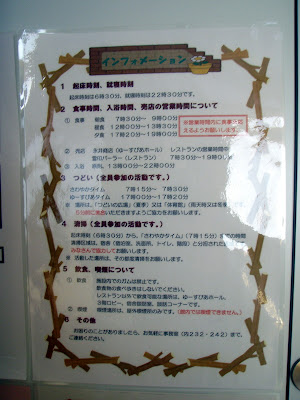 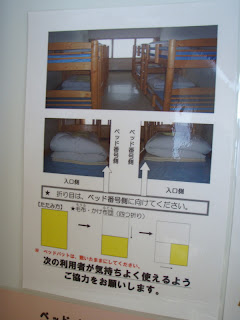 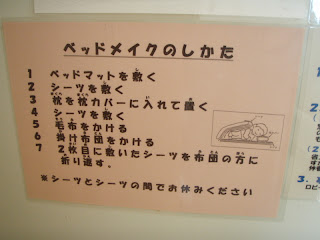 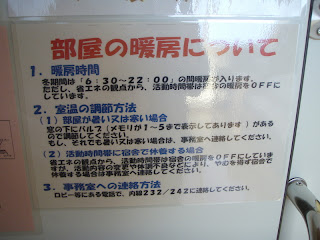 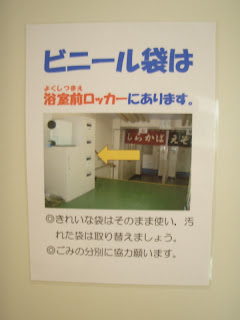 Lunch and supper were buffet style in the cafeteria.  After eating lunch, we went on a nature ski tour. It was a lot of fun, even if I did fall a few times. 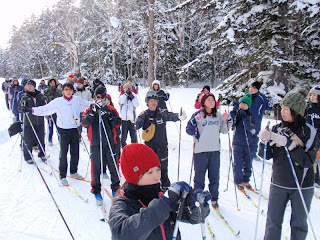 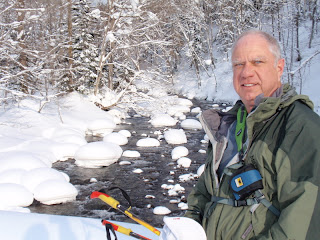 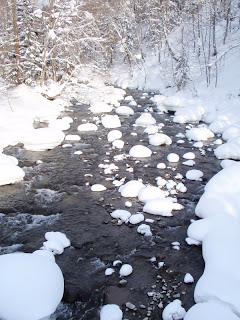 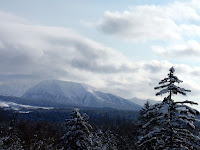 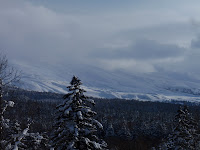 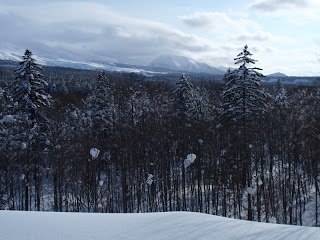 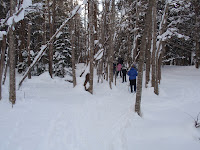 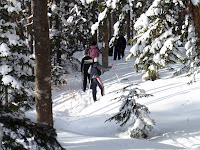 
At 8 o’clock everyone met to wax their skis and get ready for the next day’s race. 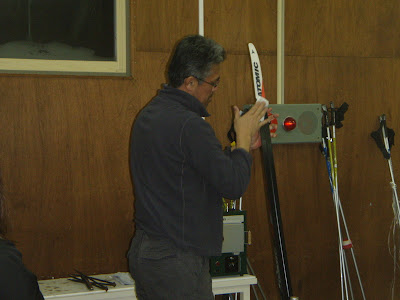 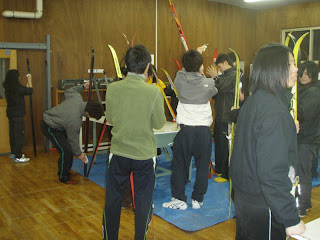 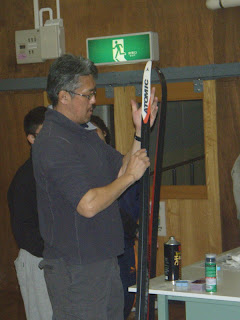 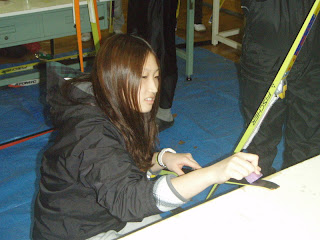 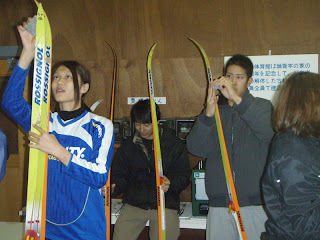 Come back tomorrow to read about Race Day!
Posted by Pamela at 9:23 AM