Many Japanese belong to circles or clubs of their interest, such as a kayak circle or tennis circle. I think we have a stitching circle now.


Yesterday I went to Okuda San’s apartment for stitching.  She had invited one of her friends to come and join us. It turned out that we were already acquainted.  Her friend was the woman whose car was stuck in the snow and gave Ted the little desserts after he helped her get out. We all live in the same apartment building.

he stitching lesson of the day was cross stitch, done on a piece of “Ribband”, which is strip of aida cloth with finished edge. The thread we used was DMC floss. The pattern was an online freebie from crossstitch.guide@about.com . I chose this pattern for several reasons: it fit the Ribband I had; it was not solid cross stitch, so it would take less time to stitch; it used two colors of thread, expanding on the single color of the little tissue cover we did last time; it had a repeating pattern that I thought would be good for learning to read the cross stitch pattern. 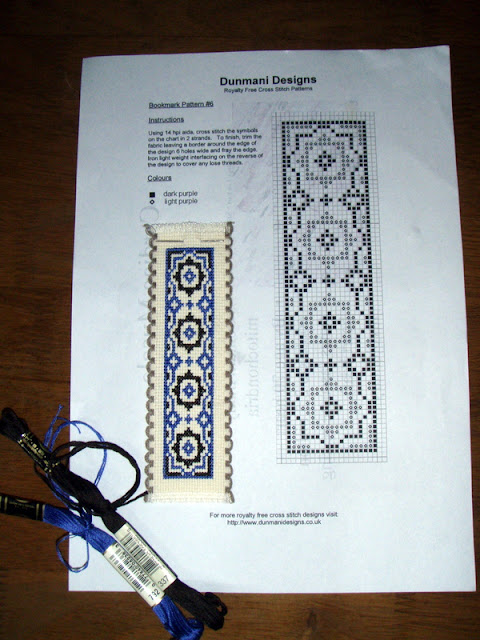 We haven’t had a language problem stitching because we are able to show what we want to communicate with the needle and thread. I could show them that the stitches always cross in the same directions and watch to see that they understood and were doing it. Sometimes we resort to the Japanese-English, English-Japanese dictionary to communicate other things, such as Okuda San telling me that her son is at the mischievous age or that this Friday is a holiday called “Eve of Spring”. They are going to continue working on their bookmarks and our Circle is going to get together again next week. 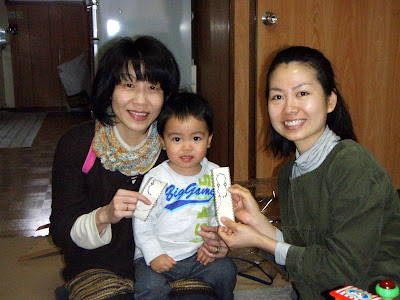