The school year runs from April to March here.  Being the end of the year, it is time for graduation.  Ted and I attended the ceremony held in the university gym yesterday. Usually you have to take off your shoes as you go down the hall toward the gym, but yesterday the floors of the hall and gym were covered.

The graduates all sat in chairs in the middle facing the stage. Most of the women wore kimonos, some wore dark suits, and a few wore fancy dresses.  Quite a few of the men were in kimonos, the rest wore dark suits. We sat in a side section for faculty members.  I was surprised that there were no parents or grandparents at the ceremony. 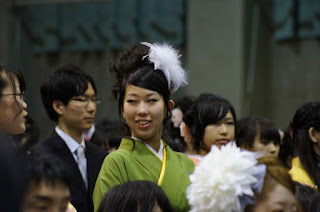 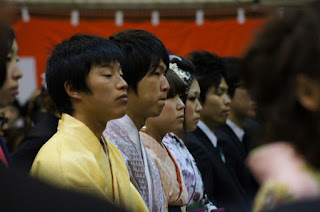 Our upstairs neighbor, who is an administrator in the university, read the names of all the graduates and they stood. 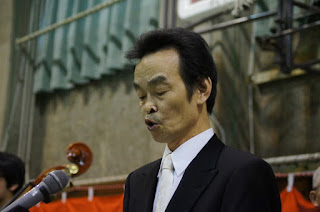 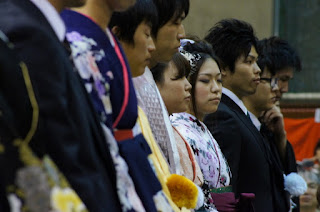 There were speeches that I didn’t understand, although I could pick out some individual words.  There was a whole lot of bowing. Everyone bowed to everyone else in every direction.  People even bowed to the empty stage.  The stage contained a flower arrangement, a bonsai tree, and the flag of Japan.  I think they may have been bowing to the flag, but I can’t say for sure. 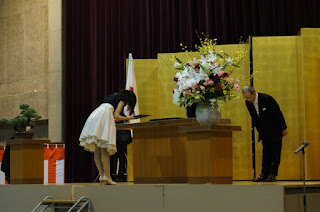 The band and the choir/chorus performed four times during the ceremony.  I recognized many of the music students from the concerts we’ve attended. The first two selections sounded like church songs to me, which is not what I would expect here.  The first was written by someone in the audience – I think it might have been a music professor. The words were a lot of syllables and it sounded like Gloria and dayo.  The second was Halleluiah.  I’m pretty sure I’ve heard that one in church.  The third sounded very spring like.  The last selection was Auld Lang Syne, sung with Japanese words. I checked Wikepedia and found this: “In Japan, Auld Lang Syne is well known as it's translated version "蛍の光"(read as "Hotaru no hikari")(means "lights of fireflies") translated by 稲垣千頴(Chikai Inagaki) eary Meiji era(1880s).” Hearing that song made me feel like I would cry. Pomp and Circumstance was not part of the ceremony. 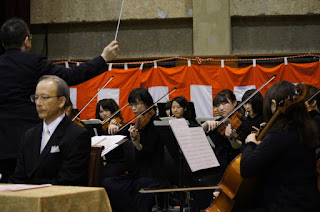 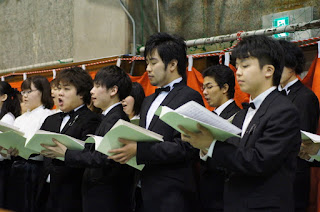 Several individuals and some sports teams were recognized. 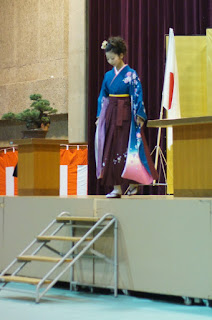 The diplomas were not passed out during the ceremony, but saved until the party after the ceremony. 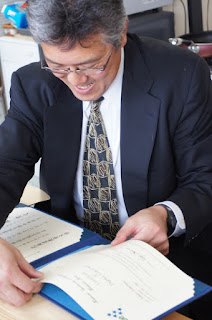 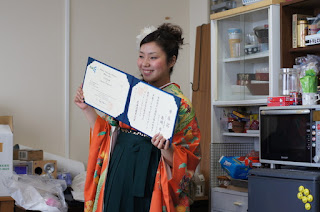 There were many parties all day and evening. 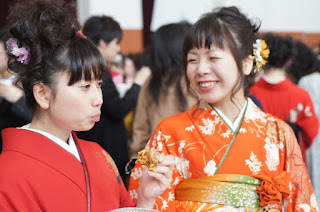 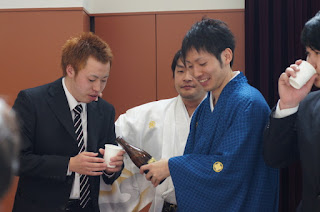 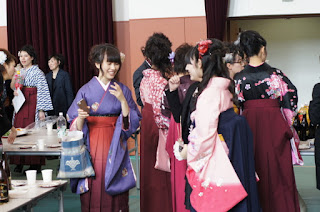 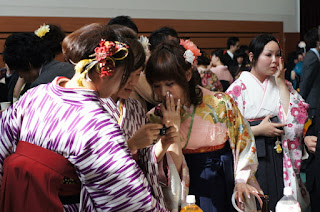 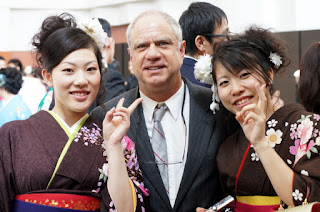 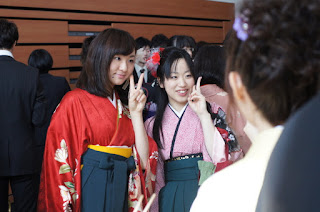 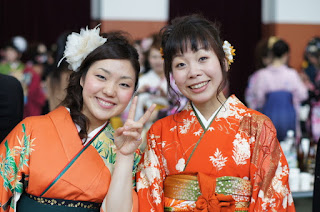 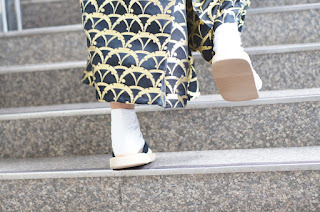 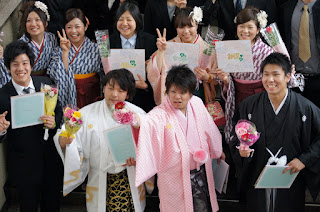 Email ThisBlogThis!Share to TwitterShare to FacebookShare to Pinterest
Labels: HUE-I, Living in Japan