Visiting museums is the usual vacation thing for us, and as with a lot of museums, photos are often prohibited or limited.

Probably our favorite on this trip was Fureaikan, the Kyoto Museum of Traditional Crafts. Over and over I wanted to pull out my camera here. In addition to all the craft exhibits, there are crafts people actually doing the traditional crafts and videos showing the craft processes and techniques. The crafts people at work sat cross legged or sitting on their legs on a floor cushion.  I have a hard time with the floor sitting thing, so their sitting on the floor for such long periods of time is amazing on its own. Of the six crafts people at work when we were there, I liked the man doing Japanese embroidery best. I enjoy doing many forms of embroidery and like seeing Japanese embroidery even though I don’t want to do it. There was also a nice exhibit showing shibori (a form of resistance dying) and kimonos. To see some photos online, check out their website: http://www.miyakomesse.jp/fureaika/info_english/index_english.html


We visited the Kanagawa Prefectural Museum of Cultural History in Yokohama with our friends Kazu and Yoh. Ted had to apply for permission to take photographs without a flash and was given a badge to wear showing he was granted permission.  This museum was very interesting, giving the history of the Kanagawa region beginning with human habitation of the region 30,000 years ago. Some of the displays were in English, which was good for me. The two sections with the more recent history (end of the Edo period to the Taisho period 1850-1924) and the time after the 1923 earth quake through the 1970’s. 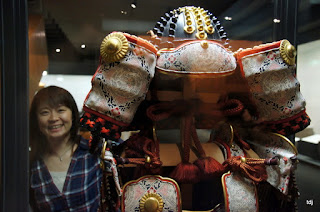 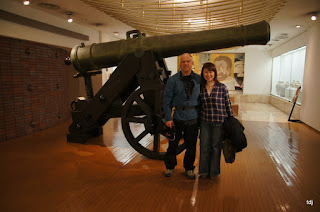 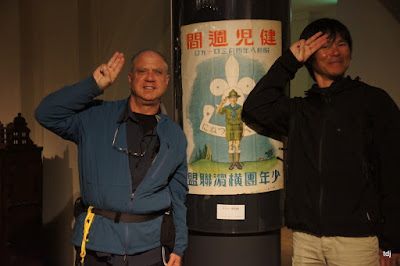 It was raining the day we visited the National Museum in Tokyo with Kazu and Yoh. Ted and I received the half price admission for being foreigners.  We had to show our passports to qualify for the discount. I liked the kimonos best here. There was one place in the museum where you could sit down and search their collection on the computer. Photos without flash were allowed here. We also enjoyed a nice lunch at the museum restaurant. 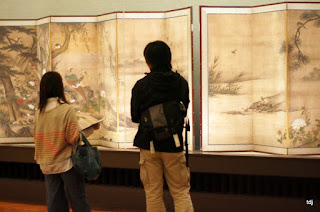 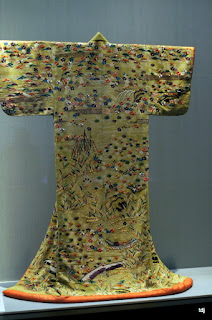 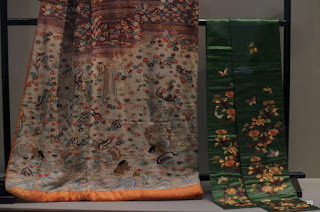 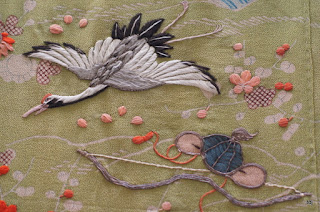 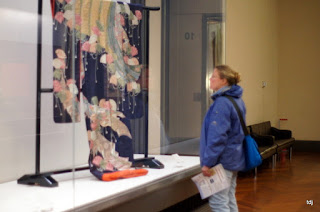 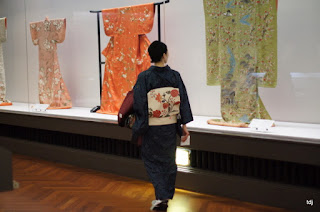 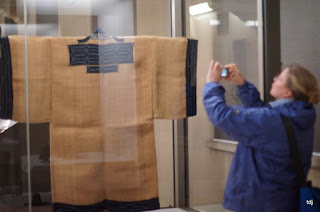 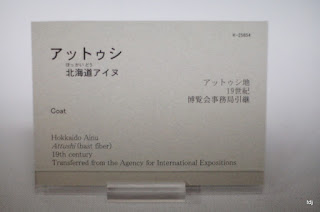 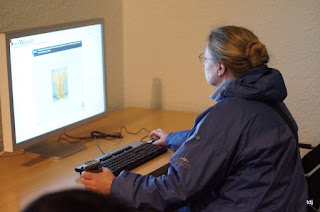 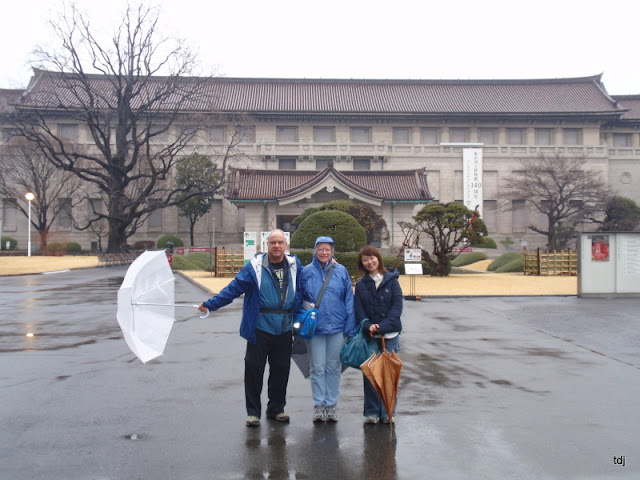 The Shibori Museum in Kyoto was rather disappointing.  I went there alone while Ted went to an Aikido shop and I had a hard time finding it to start out. When I finally found it, there was a short video in Japanese and about 10 or 12 items on art pieces display, but mostly it was a place selling shibori items. They were very beautiful, but well beyond my budget. And, photos were not allowed to be taken.


We also visited the museum at Gifu Castle that I mentioned briefly yesterday. 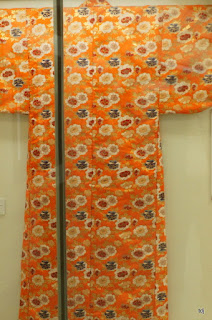 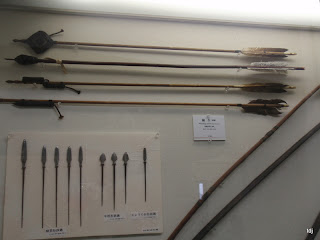 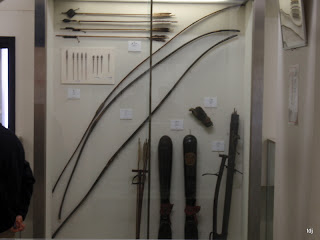 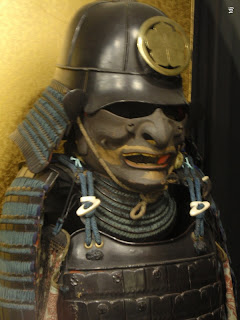 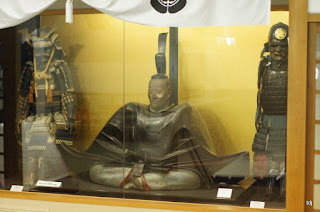 Tomorrow I’ll tell you about the Imperial Palace and Gardens we visited in Kyoto.
Posted by Pamela at 5:44 AM