There are a lot of outdoor vending machines with drinks and cigarettes.  Some of the drink machines have both hot and cold drinks, in the same machine. I don’t know how they work when it is so cold out all the time to keep the cold beverages from freezing and the coffee in cans hot. 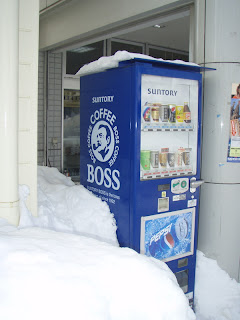 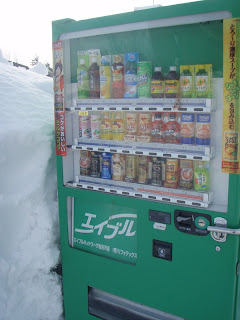 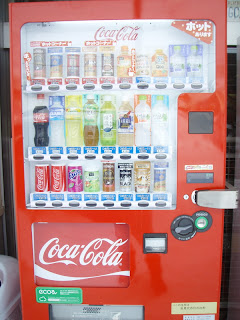 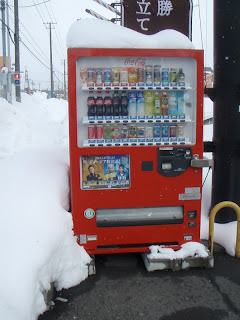 There is one beverage called Pocari Sweat.  Why would you want to drink something called Sweat? 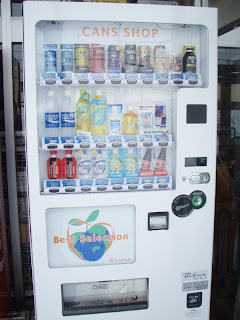 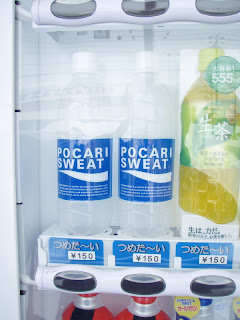 You can get soup from the vending machine.  I haven't tried it. 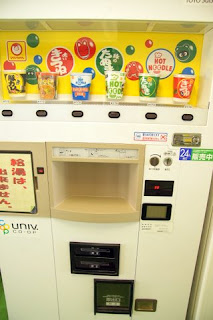 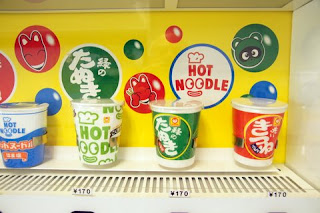 Cigarettes are also sold in machines.  I don’t know if there is a minimum smoking age.  410 – 470 yen seems expensive for a pack of cigarettes, but maybe they are just as expensive in the US. 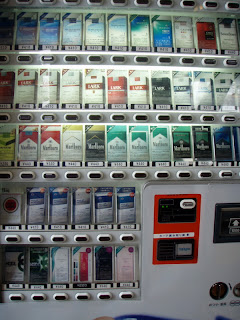 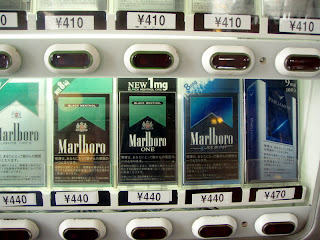 These beer machines were at a ski area.  I haven’t seen any on the street.  I guess people are just on their honor not to buy beer unless they are of legal age. 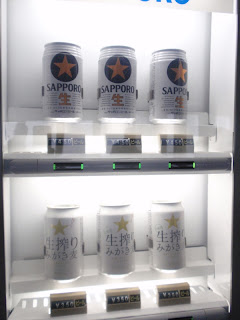 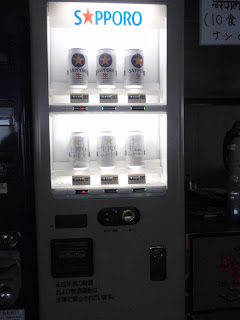