We returned home last night after a fabulous 12 day vacation for me and research trip for Ted for his work.  I had written posts before we left and scheduled them to publish each morning so there wouldn’t be an interruption to my story on this blog. We left the snow behind when we left Hokkaido, but guess what?  It’s snowing here this morning!  Maybe this is our “welcome home.”


I’ll be writing about our adventure for the next few days – there’s too much to write all at once. Ted had traveled around Japan and Asia quite a lot, but this was my first time out of Hokkaido to see some of the rest of Japan.


LANES
We flew from New Chitose Airport (Sapporo) to Chubu (Nagoya) and from Haneda (Tokyo) back to new Chitose (Sapporo) on Skymark Airlines.  I had not heard of this Japanese airline before, but the price was right, so this is how we flew. The odd thing was that we reserved our flights online, then printed the reservation, and took it to the 7-11 to pay for it. You can pay for everything at the 7-11 convenience store. 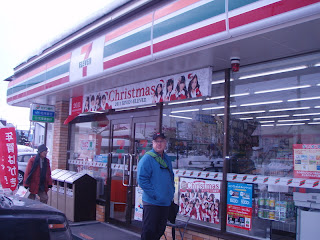 I packed as I would have if I were traveling from the US, with one piece of carry-on luggage, as did Ted.  We left our boots at home and I wore running shoes most of the trip. 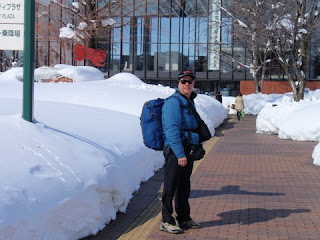 My liquids/gels were in 3 ounce containers and I put them in a quart plastic bag. I had identification to show with my boarding pass and I was prepared to take off my shoes and my jacket.  None of that was required! No one asked to see any kind of ID.  I didn’t have to pull out my quart bag or take anything off. Going through security was so simple here.


TRAINS
We had a variety of train experiences.  We took the train to Sapporo, then to the airport and then back at the end of the trip. We also rode the train from the Nagoya airport to the city of Gifu. They were pretty normal train rides.

We rode the Shinkensen or the Bullet Train from Kyoto to Yokohama. Bullet trains are high speed trains that travel up to 300 km an hour.  We were able to take the subway from near our hotel in Kyoto to the train station, so it was very convenient. It was also very comfortable – much more so than a plane.  For a few minutes we had views of Mt. Fuji out our window. 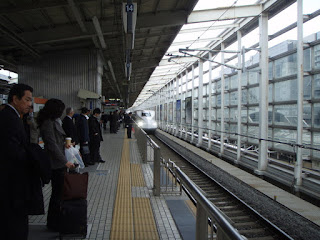 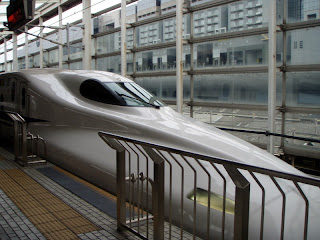 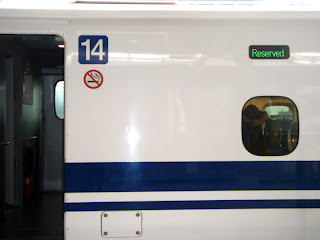 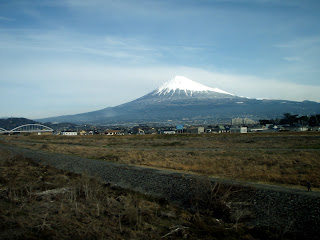 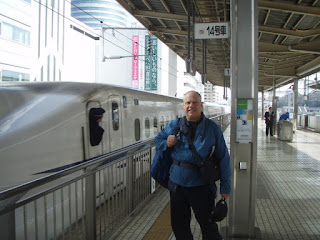 The Tokyo subway system was every bit of what I had seen on the internet videos.  We were mostly traveling during “off peak” hours and it was still crowded. We saw one train pull away from the station with a woman’s purse caught in the doors.  I’d probably really hate it if I were going to work on them every day, smashed in with so many other people.  Some of the trains have Women Only cars because of the male gropers. We were fortunate to have friends with us who knew their way around because the subway system there is very complicated.


AUTOMOBILES
We were able to visit friends, and some of them had cars. The city streets are scary because they so narrow.  Parking is expensive and spaces tight.  Gas is also very expensive here, much more so than in the US. 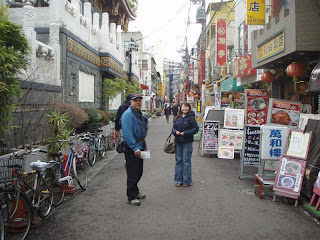 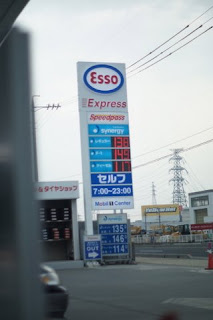 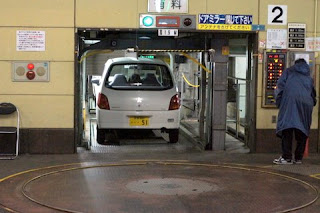 THE REST OF THE VACATION TRANSPORTATION
One day in Kyoto we purchased a day bus pass and traveled around to see temples. It was a good thing we had an unlimited pass because we got on the wrong bus and lost several times so we had to get on and off to change and try to find the right way.


We did a lot of walking every day. Ted’s iPad was very convenient for maps and finding our way around. 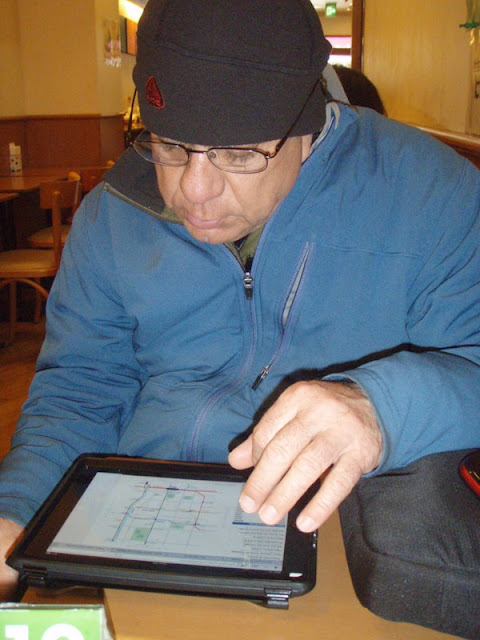 Now you know how we went.  Come back tomorrow to find out more about who we saw and what we did.
Posted by Pamela at 9:21 AM