If you are going to be out and about, sooner or later you are going to have to use the public toilet. Many public places, such as the train station and at the university, there are the traditional Japanese squat toilets. I know - eew! 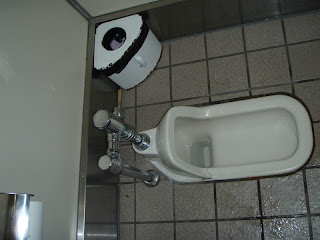 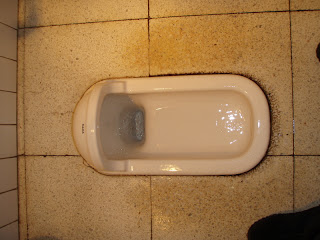 Other places have regular western toilets, some with heated seats and automatic flushing.  A common thing to find in a public toilet is a little motion detection machine that makes flushing sounds.  I read a long time ago that these were invented because people were flushing the toilets to create the sound and wasting a lot of water. 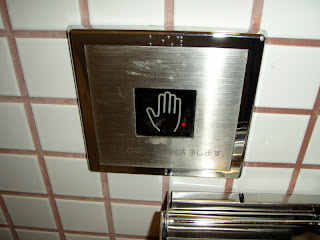 Some stalls have baby jails. 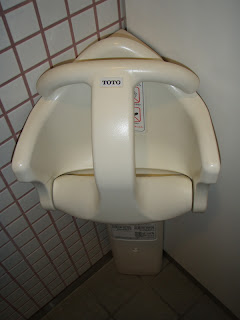 High tech toilets, with a side bar control panel are also found in Japan.  I can’t say I’ve ever seen one of these in the US. 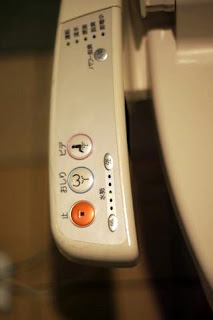 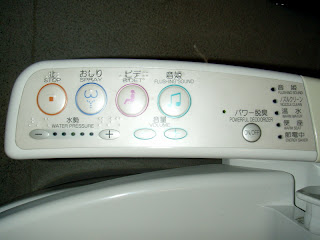 Some toilets stalls have little soap dispensers for washing the toilet seat. 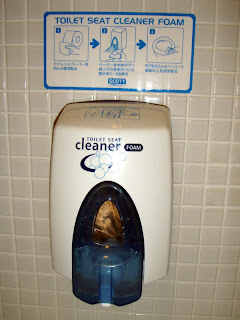 While there is usually soap at the sink, you never find paper towels to dry your hands.  Cosco (the big American store in Sapporo) had a hand drying machine in the rest room. Toilet paper in public rest rooms is not as common as in the US, which is why it is good to carry little tissue packs that are always being handed out.  It's always good to be prepared.

Do you suppose the manufacturer actually markets them as 'baby jails'? It's a great descriptive, but seems like some parents might take offense
:-)

This is really very horrible toilet for men. Toilet paper is also important thing for public toilet. To get more hygienic environment.