I made this necklace last year.  It was a class at the Embroiderer’s Guild Carolinas Region meeting one year. 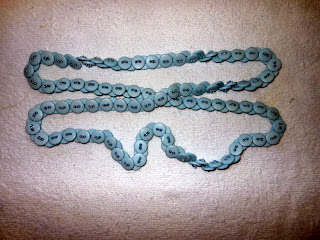 The Japanese language teachers all like it and would like to make one, but buttons are very expensive here. (If you know of an inexpensive source for flat two hole buttons in Japan, please let me know).


I have many buttons of all kinds, but not many that match each other. I dumped them out and sorted them according to color or shape or other categories that came to me as I was sorting. It was fun to look at them and put them in piles. Some of them I purchased, but I think most were just "acquired" from sources I no longer remember. 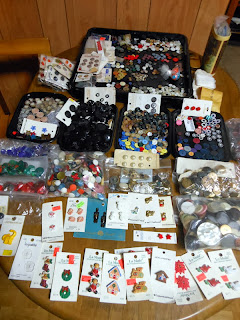 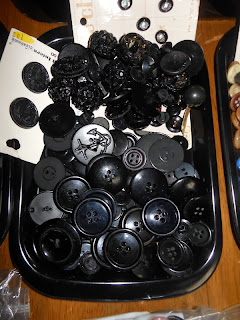 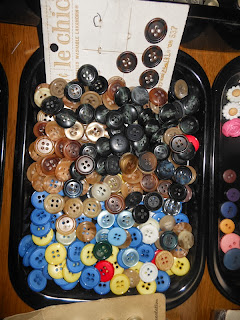 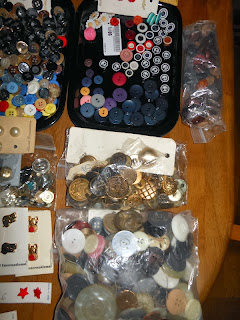 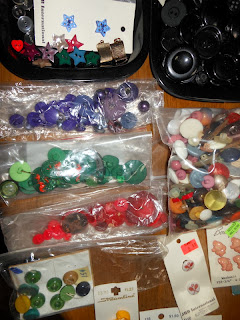 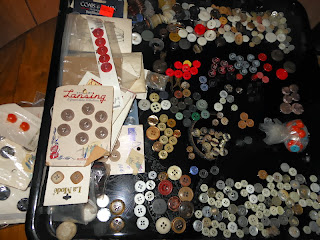 I made this necklace out of some brown and yellow and green similar sized buttons and green beads.  It’s simple and turned out okay. 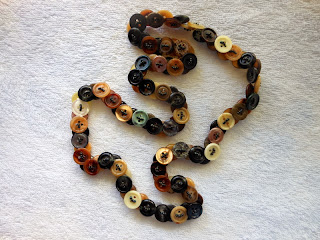 I made this one out of different black buttons and some beads. It doesn't show up so well in the photos. 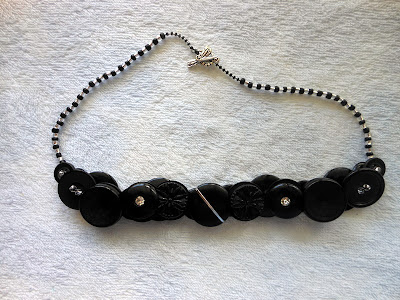 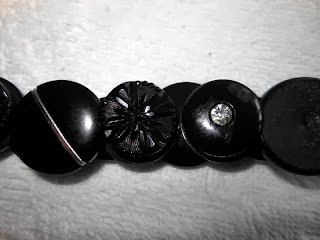 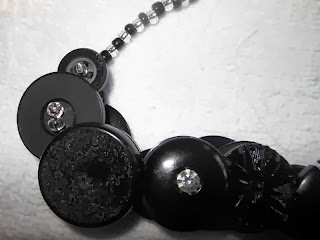 I think it is kind of pretty. Now I don't know if I'll make something else or put all the buttons away.
Posted by Pamela at 4:00 AM

What a good way of using up some of the overflow from your button stash.

Don't they look lovely all spread out like that? You sure are spoilt for choice.

Thanks for sending the link, Pamela. These are just lovely!