After leaving the Autumn Shrine Festival last Saturday, the four of us walked to the Mochi Festival.  (You can read about last year’s Mochi Festival here).  Mochi is made from pounding Japanese rice into a sticky, chewy mass.  It doesn’t sound so good, but it really is. 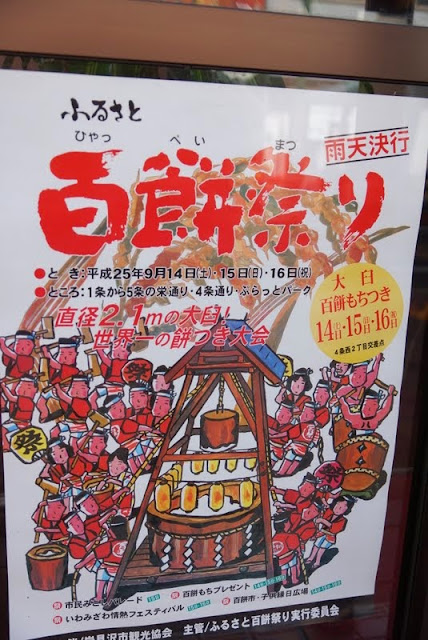 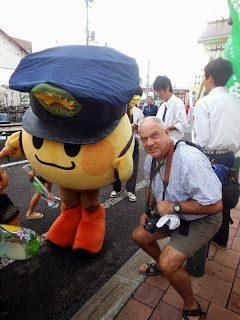 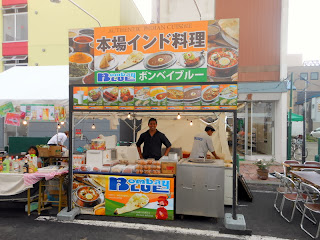 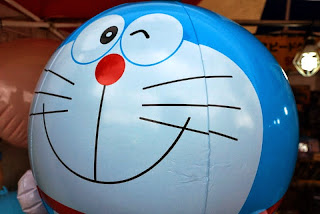 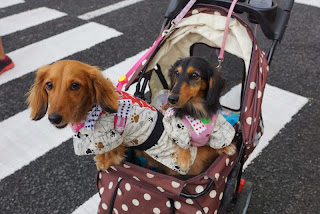 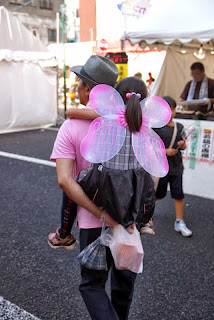 We had been walking a long way, so we sat down to watch some entertainment. While we were watching a woman singing, the performers for the next act recognized us from the Bon Odori a few weeks ago and were happy to see us. 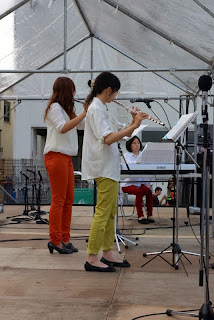 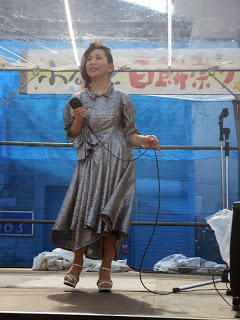 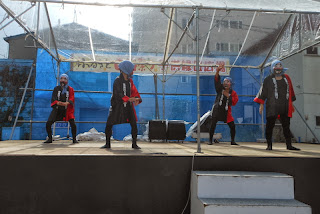 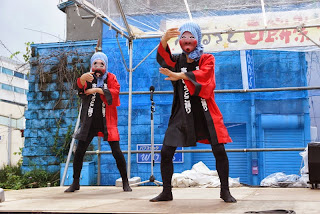 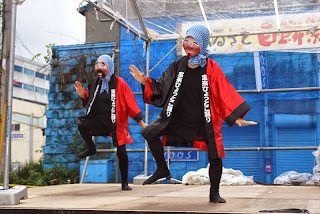 After their dance act, three of them without their masks and scarves posed for a picture with us. 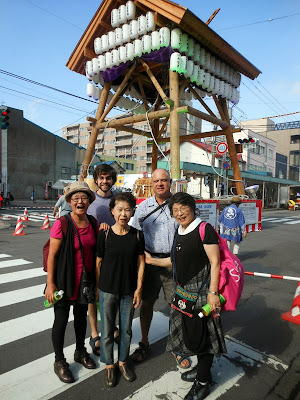 We met up with some more people we know, which is one of the great things about living here. 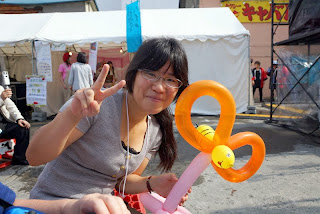 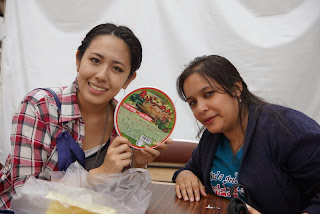 The rice is pounded on a huge platform at the intersection of two streets downtown.  Four ropes and about 200 people raise the pounder, then on signal everyone lets go and it smashes down on the rice. 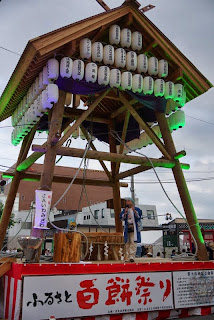 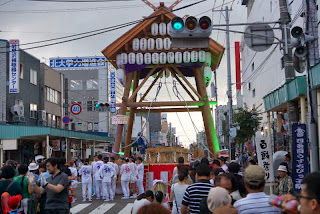 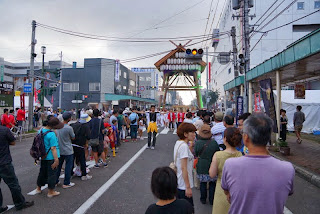 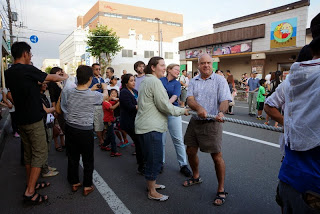 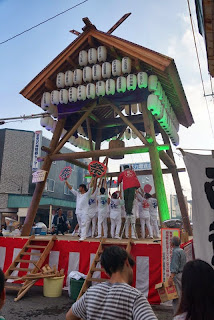 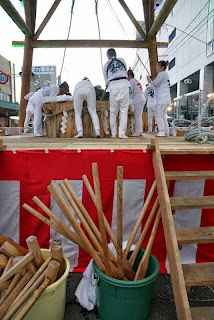 It is a bit scary and we were told the ambulance has to take people away every year. After the rice is pounded enough, it is carried away to be prepared to give out to the festival goers.  Everyone there can get in line to get a bowl for free, but people who help with the pounding get a ticket to go to the head of the line. The mochi is served in a bowl with red beans on top. 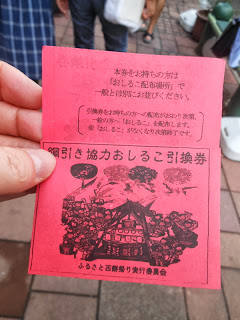 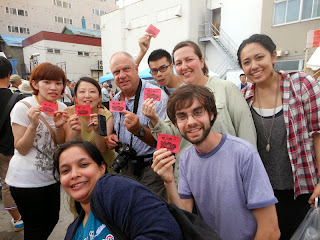 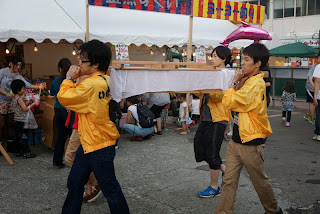 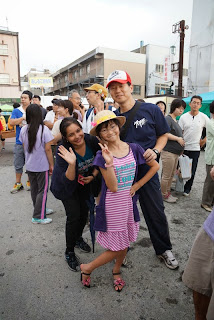 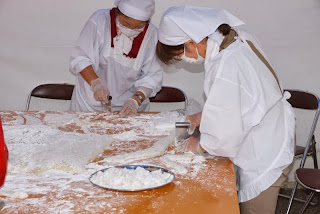 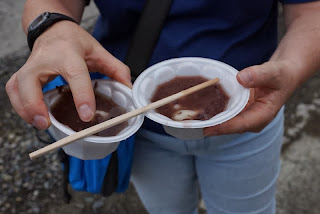 We’ve been to many festivals in the time we’ve lived here, and hope we get to attend many more! 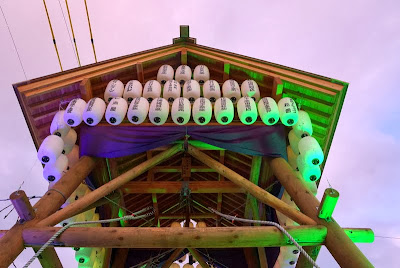 Email ThisBlogThis!Share to TwitterShare to FacebookShare to Pinterest
Labels: Festival, Living in Japan

Interesting. Glad to hear you are enjoying the cultural festivities.

I've never seen mochi being pounded by such huge mallet, rope, winch and pulley. In our family we used to hand pound rice twice every year, for the local festival and before the year end. Then we had mochi to eat for a week - and no ticket needed to get first in line!!! I hope you will attend many more festivals while in Japan.