Yesterday it was snowing hard, so we went to the Aeon shopping mall by bus. The bus stop is about four blocks away from our apartment.  We didn’t know the bus schedule times, but took a chance that we wouldn’t have to wait long and we didn’t. 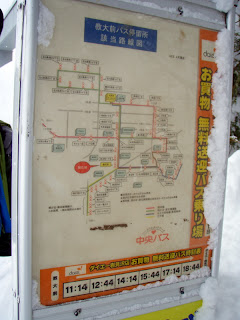 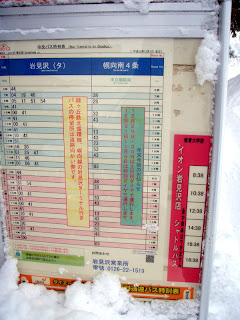 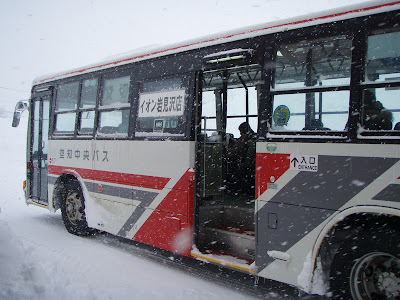 Near the bus stop this man was clearing the snow overhang so it wouldn’t fall on someone passing by. After he knocked the snow down, he had to shovel it away. 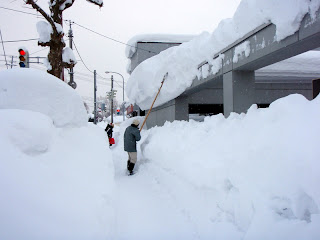 Upon arriving at the mall, we checked out the return trip times so we knew when we could return home. 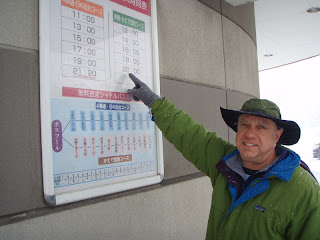 We consulted the mall directory, but couldn’t read it, so it’s a good thing we didn’t come for anything in particular. 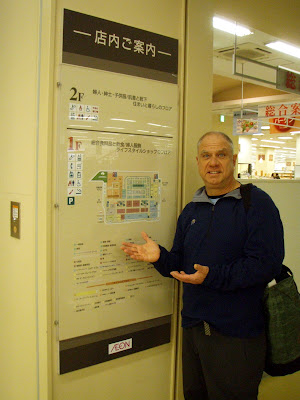 Ted thought a tube of Superglue would be a useful purchase – only 98 yen.  Look how nice they package it after purchase! 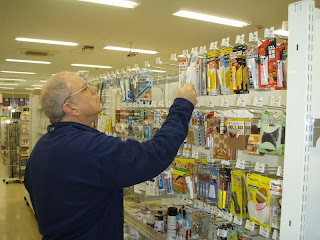 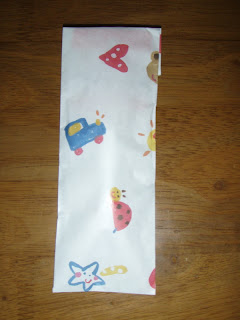 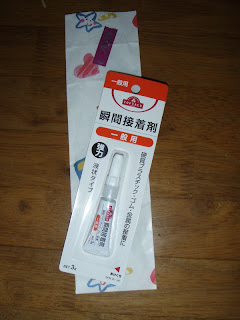 Next we found a stitching store! There was a lot packed into a small space.  I didn’t buy anything, but I know what’s here if I need it.


This shirt was in the little girls’ section.  There are often English words on Japanese clothing that are either weird or make no sense. 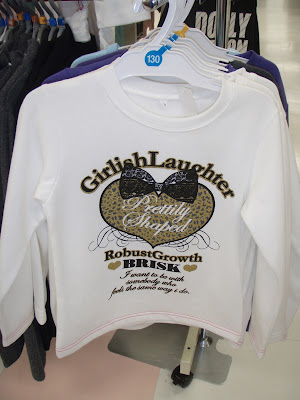 The food court had Baskin Robbins, Mr. Donut, KFC, and other “American” foods.  I thought about getting a donut, but the donuts were self-serve and I decided I didn’t want a donut that had been breathed on and maybe touched by lots of people.  Ted did get some KFC.  The chicken was Japanese chicken with sauce and sesame seeds! 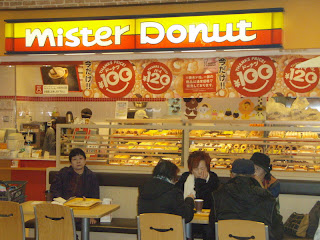 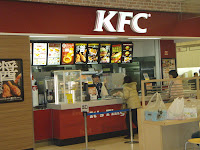 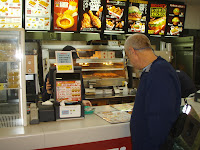 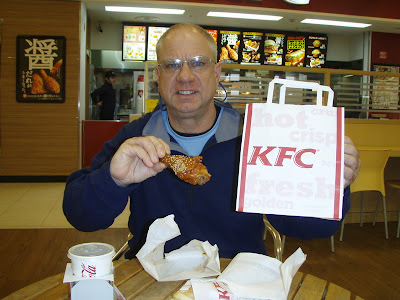 It was still snowing when we got on the bus. 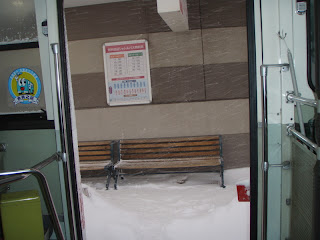 We couldn’t read this sign on the bus, but we think it is something about priority seats for those who need them. 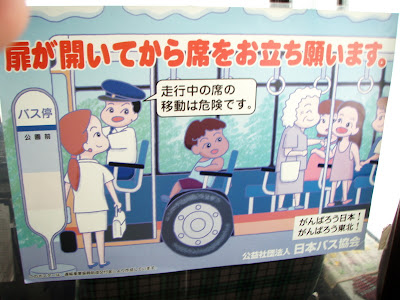 After getting home, we were surprised when we had visitors – two representatives from the Church of Jesus Christ Latter Day Saints.  They were surprised to find English speaking Americans at the door.  One of the two was from Hawaii.  Do you think he really understood he was coming to snowy Hokkaido when he agreed to this mission? 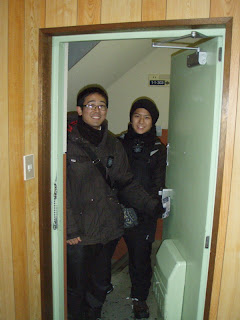 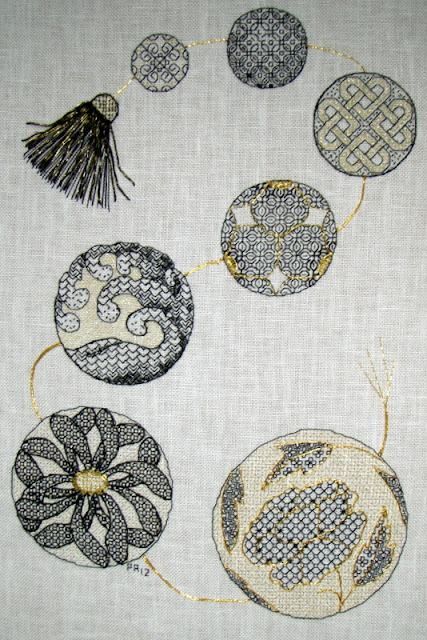 Cool - a stitching store, a Baskin Robbins, & still more snow -- what more could a girl want? The sashiko supplies looking interesting - what kind of thread is it? Cotton? Heavy?

Way to go on the shopping list! Once you can write the words, I bet your reading comprehension will really start to improve too!

The sashiko thread is heavy cotton. I pulled out the thread I have from the Lois Kershner sashiko class I took, but I can't tell you any more about it because the package is in Japanese. They had a nice selection of colors at the Aeon.

Aeon is a great store. My friend Kazumi has a large one near her and I loved visiting there. Something for everyone. Poor you. More snow! Just what you don't need, but at least you had a fine time away over Golden Week.